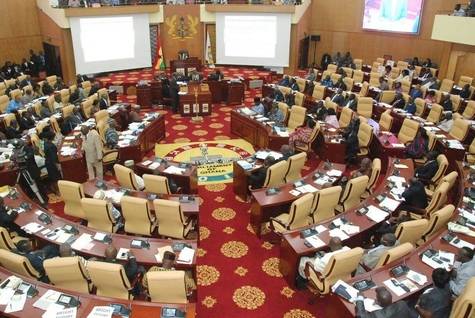 PETITION TO THE PRESIDENT ON EX-GRATIA PAYMENT

This petition is to humbly request from the Office of the President, detailed information concerning the ex-gratia as allocated to Members of Parliament and humbly suggest an alternative to this act which is, for lack of a better word, becoming cancerous to the nation.

Article 71 of Ghana's constitution mandates that emoluments be given to public officials after the end of their tenure. This list happens to include Members of Parliament. In 2013, Members of Parliament alone were reported to have each received GHC275,000 each, reaching a total of about GHC75,600,000, a figure that is very extravagant when you consider the size of our economy and the immensity of our problems.

Thankfully we now have a leader who believes that public service is not an avenue for making money. We wish to petition His Excellency Nana Akuffo-Addo to use his executive powers to reverse or suspend any payments made regarding the ex-gratia until these pertinent questions have been answered:

1. How much ex-gratia is paid to an individual MP?

2. On what basis was the said amount arrived at?

3. Was there a committee set up to approve recommend this remuneration? If so what amount was approved to be paid to each MP?

4. Was there a report from the committee’s meetings? If so a copy of the report should be made public.

This petition also seeks to proffer that the sumptuous End of Service packages given to our Public Servants in general should be looked at again, especially against the backdrop of economic hardship we've faced, and the amount of work that must be done across all sectors of our economy.

We therefore suggest with this petition that:

1. An amount not exceeding more than 22% of the current salary of Members of Parliament be given as a monthly pension salary when they are out of parliament.

2. Members who are in parliament must not be entitled to any form of emolument until they are out of parliament.

We ask you to protect the public purse by amending the constitution to make these payments more transparent and relevant to the socioeconomic conditions the country faces.