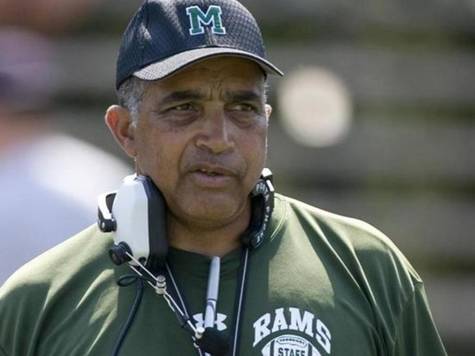 Nearly thirty-six years. A Hall of Fame winning percentage. Five Super Bowl rings. Thousands of teenagers better shaped into men. And yet, principal Robert Keuther and his administrative regime at Marshfield High School seem to think that the respectable way to move forward - on the heels of an 8-3 season, no less - is to remove the man most responsible for all of this success, Head Coach of the football program, Lou Silva.

Keuther and his office denied to comment on the matter when the Boston Herald provided them with the opportunity to give their reasoning (it's been reported that Keuther prefers to have his coach in-house and on staff payroll as either a teacher or administrator), and I wasn't able to reach a live person at all when reaching out to MHS for answers. So here we are.

Based on his past, present, and projected future performance, PLEASE SIGN THIS PETITION to block the removal of Lou Silva from his position of Head Coach of the Marshfield High School Football Program. Coach Silva has earned - and continues to earn - the right to lead these students on the field until he chooses to retire.

Let your voice be heard, and together let's prevent the current administration from putting a black mark on the storied history that is Marshfield Football.

(And should this petition not achieve it's goal, I would strongly encourage all potential head coaching candidates not to apply for the position once it's made open. Coach Silva can't lose his job if he isn't competing with anyone for it.)