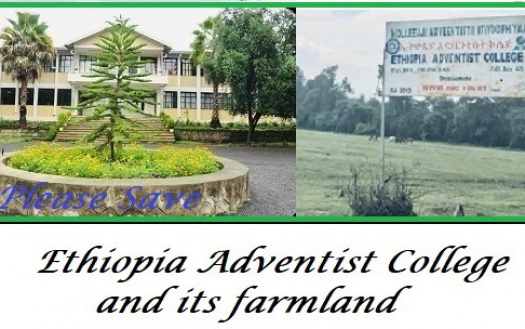 For decades, Ethiopia Adventist College has been a beacon of hope and enlightenment for thousands of Ethiopian young men and women and even those beyond the territories of Ethiopia. Kuyera elementary school was established in 1947 and in 1955, a secondary school was founded which was followed by the establishment of Ethiopia Adventist College in 1964. The College began offering a variety of programs that were designed to meet the needs of the Church, the community and the country at large. One of the most fundamental changes the institution helped with was bringing a ray of hope to the community through a literacy program that was initiated by its own students. This program changed the lives of many young men and women who have become very successful and are giving back to their communities and the society at large. Given the role of this College played in educating the community, it is not very difficult to imagine if it closed that many people will lose an opportunity to get education.

Over the years, similar to many schools in Ethiopia, EAC also had its share of successes and challenges. However, the institution managed to persevere those critical periods in its history and has kept its doors open until now.

In order to continue operating, the College has to engage in farming its own land to supplement its meager revenue. Regrettably, during this year’s (2019) farming cycle, the College was prevented from using its legally-owned farmland. Speculations and false rumors have been spreading as if EAC should give up the farmland it has owned for decades. It is abundantly clear to the College Administration, the community, and the alumni that losing the farmland will create severe financial difficulties, which will lead to the closure of the College. This will unfortunately deprive thousands of young people in the region and the entire country from getting educational opportunities.

Therefore, if you, your family members or friends are EAC alum or if you served at EAC as a missionary or are an Ethiopian or you are just a friend of EAC and support the farmland to be immediately returned to the College, please sign this petition.

The petition will be presented to local and regional government officials in Ethiopia as well as to Seventh-Day Adventist Church officials at the local Field, Union, Division, and General Conference offices.

Thank you for your support to save Ethiopia Adventist College!