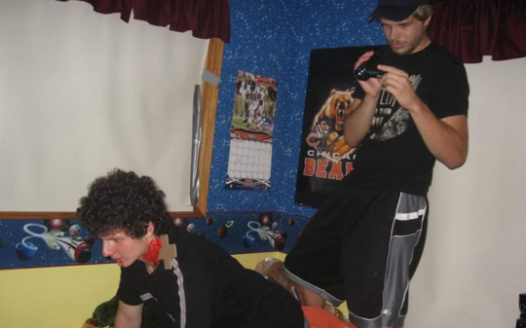 Petition to reunite the cast of The Return for a second Film.

The Return was the smash cult short film creating all the buzz, and horrifying audiences around the Durand, MI area in the early 2010’s. The now Iconic duo, of Jackson Pratt & Harrison Smith (of Ace’s Wild fame) have yet to recapture the magic of working on a horror project.

Why the petition? I still have ties with some of the cast from the original project, as I was in the film. I’m Lee Ivy, an award winning amateur international film maker and storyteller with a resume spanning far beyond The Return and IMDB fame. In 2011 I was given the opportunity to play a highly intelligent doctor in The Return & was cast by the now defunct EyeV Studios.

With my films playing in Detroit, Pennsylvania, and Toronto (Canada) I’m looking to push my star power further by reuniting the cast of The Return for a new chapter.

Ideally, I would want little to no involvement in the writing process but if the opportunity and necessity arose, I’d be willing to step in and lend my talents.

With my list of credentials extending far beyond but not limited to:

Man Without Time (as Coworker)

In Your Eyes (as Husband)

Man Without Time (as Key Grip

Just to name a few. I think that given my long list of credits, I’m ready to reprise my role as Dr. Wolf and hopefully this petition can reunite the rest of the figurative band.