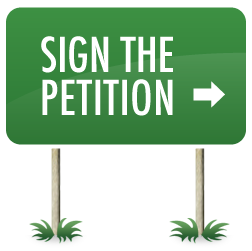 For 131 years, the Wet Mountain Tribune has been a vital part of the Cliffs community. It supplies the legal descriptions for all political agencies, and also strives to focus on highlighting and advocating community events, achievements and local color. On January 13, the Custer County Board of Commissioners voted to remove its legal descriptions from the Tribune and awarded it to the Sentinel, an admittedly rightwing paper that has 1/3rd of the subscription rate of the Tribune. The Sentinel has only been in publication for a year and six months. It advocates a political agenda that many residents find offensive and derogatory of those who hold different viewpoints. The Tribune does not advocate such a limited political view, does not use derogatory terms to describe others with diverse beliefs, and does not encourage division and animosity within the community. It is therefore much more representative of a community newspaper that seeks to unite and inform residents of the Valley.

We, the undersigned, are concerned citizens who urge our leaders, specifically the Board of County Commissioners, to act now to restore its legal descriptions to the Wet Mountain Tribune. We feel the vote for the Sentinel disenfranchises the many subscribers to the Tribune, well over 3,000, who will not purchase the Sentinel due to its tone and intolerance toward other viewpoints. The BOCC’s decision, which it claims was made “to support local small business,” fails to recognize the Tribune as a key local business that, unlike the Sentinel, maintains a staff of paid employees who live in the area. The Board also noted the political bias of both papers: however, the Sentinel’s creed defines a very specific and narrow political agenda and therefore its subscription targets mostly those who hold very similar opinions, unlike the Tribune, which boasts of subscribers across the political spectrum. In effect, the County Commissioners decisions means tax dollars are being used to support a political and religious entity that serves, and is endorsed by only a minority of our citizens. We, the undersigned, urge the BOCC to immediately restore the legal descriptions to the Wet Mountain Tribune, a move that will benefit the greater majority of citizens of Custer County.