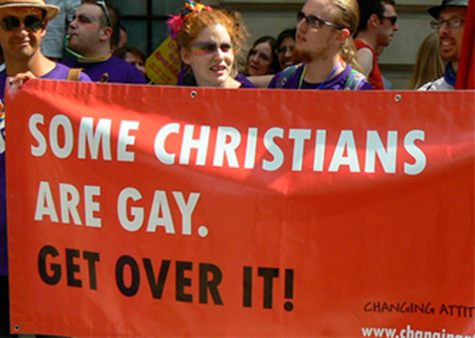 305 people have signed this petition. Add your name now!

The Archdiocese of Newark, John Myers, just released strict guidelines in refusing Communion to Catholics whom support gay marriage or whose marriage is not validated by the Church. The reach of this memo affects the community of Seton Hall University, as the Archdiocese of Newark has jurisdiction over the campus’ activities. The concern of this petition is to address how the memo mentioned that any parish or institution cannot and should not let groups of people come together in a club or organization who support gay marriage or other issues that go against the church's teachings.

The memo titled, “Principles to Aid in Preserving and Protecting the Catholic Faith in the Midst of an Increasingly Secular Culture,” claims that “The Church will continue to cherish and welcome her members and invite them to participate in her life to the degree that their personal situation permits them honestly to do so.”

Shortly before the release of this memo, Pope Francis issued a call to mercy upon the Church, stating that the Church should not be “a museum for saints, but a hospital for sinners.”

Seton Hall University is a major Catholic university with the following Mission Statement: “In a diverse and collaborative environment it focuses on academic and ethical development. Seton Hall students are prepared to be leaders in their professional and community lives in a global society and are challenged by outstanding faculty, an evolving technologically advanced setting and values-centered curricula.”

This mission statement advocates for collaborative and diverse groups and organizations – but where is the justice in the Archbishop's memo in accordance with Seton Hall’s values?

Seton Hall, under the Archdiocese of Newark, could destroy all clubs and organizations who discuss, advocate, and educate students on LGBT issues. Any “safe havens” established for LGBT students could be destroyed. Meanwhile, the university allows the existence of clubs for other minority groups without a problem.

This petition means to fight against the statement recently released by Archbishop John Myers. The Archdiocese may control Seton Hall, but the Pope and the Catholic Church recognize a different set of changing values.

Sign this to help those who could lose their voice.