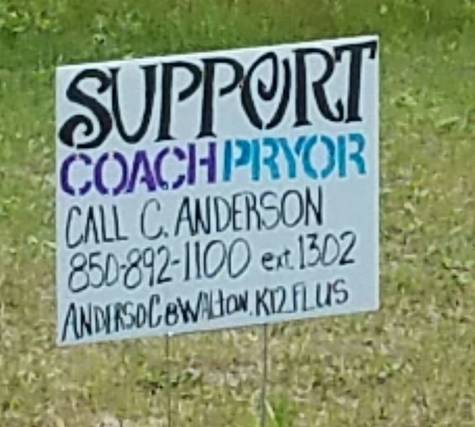 We demand that Nicole Sykes Pryor be rehired at Emerald Coast Middle School as a 5th grade teacher and coach for softball and basketball for the 2016/2017 school year.

Mrs.Pryor has been employed by Emerald Coast Middle School for the past 4 and half years and has received a rating of "effective " the past two years for her students. She has had a winning record in basketball and softball and her volleyball team showed great improvement. She is highly regarded by parents and the community for her fair and ethical behavior.

For school administration at the local or county level to dismiss a teacher, with no prior disciplinary record and a stellar reputation in the classroom and on the court/field, is unacceptable. Mrs.Pryor's dedication to her students and her athletes has proven to endure past their years at Emerald Coast Middle School, into their high school career, as she is a mentor for many of her former students and players to this day.