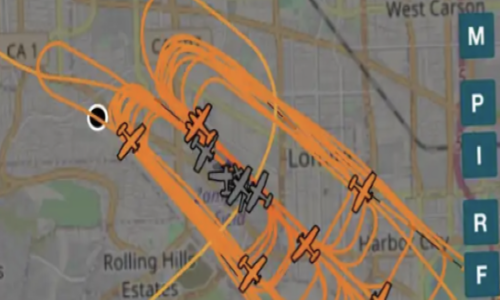 To: Mayor and City Council of Torrance

Whereas a large increase in training operations from the airport has brought noise to levels now intolerable for many residents;

Whereas residents are also concerned about air pollution from aircraft using leaded fuel and safety of low training flights over densely populated neighborhoods;

Whereas these problems are also hurting residential property values;

Whereas the City owns the airport but, due to a change in federal law, the City no longer has the authority to adopt new airport noise abatement laws;

Whereas, based only on a verbal opinion from the FAA, City staff stopped enforcing its longstanding, grandfathered early-left-turn law which sanctions pilots who take off and turn left over residential neighborhoods on higher ground south of the airport;

Whereas the City’s noise monitors will not resolve negative impacts from training operations;

Whereas voluntary noise abatement recommendations have failed to achieve compliance;

Whereas the City does not have staff with expertise needed to identify and evaluate all of the City’s remaining legal options.

Therefore, the undersigned residents of Torrance and adjacent cities, petition the Mayor and City Council to: