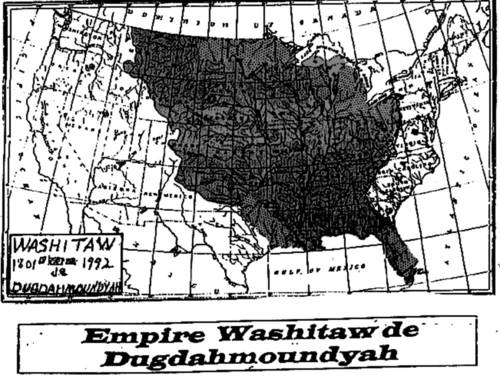 Petition to Reclassify Nationality of Black, Negro and African American. And Reclaim The Washitaw Nation, of Abya Yala as our nationality UN#215/93

Everyone has a God given indigenous right to claim the original land of their nation as their nationality.

We are the Washitaw Nation and land of origin is Abya Yala, the name that our ancestors gave this land before it was called The New World, America or United States.

The Washitaw Nation, our United Nation registered seat number is, UN#215/93. Classified as the oldest civilization on EARTH, since 1993.

We are the mound builders who built altars of earth to God, all over Abya Yala (Aka America).