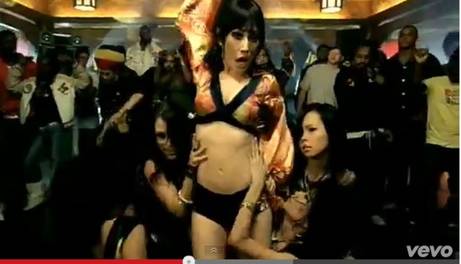 We, the undersigned, petition for Sun Ho to not be considered for Countdown 2016 at The Float @ Marina Bay.

With the Countdown 2016 looming and another petition calling for Sun Ho to perform at the year end concert, we feel compelled to speak out against this consideration. Despite the infrastructure and financial success we have achieved as a country, our attitudes towards moral values are still by and large stuck in the 1920's so let's ensure our year end party is a reflection of that.

We are extremely perplexed by Sun Ho's song, China Wine, containing lyrics which are half-Jamaican and half-gibberish. We feel that the paying audience should not be subject to tongue-speaking performers spouting biblical codes, especially when we live in a secular society.

Her other song, Mr Bill, is deeply upsetting where it seems to fulfill a certain masochistic prophecy of putting unsuspecting husbands through very trying trials and tribulations. After all, letting your husband take the rap for one's vanity is also not representative of the values of mainstream Singapore.

We, hereby, implore the following organisations to take our petition into consideration.

‎to respect the views of the majority of Singaporeans by not inflicting Sun Ho's obvious lack of talent onto mainstream Singaporean society.

We feel that we should encourage a certain leather-clad magician to perform his disappearing act from the bay of Singapore (and never re-appear again), so that we are rid of bigotry going into our next 50 years, but that's a whole other petition altogether.

Thank you for your kind and prompt attention.

For the love of Singapore, our family and our future