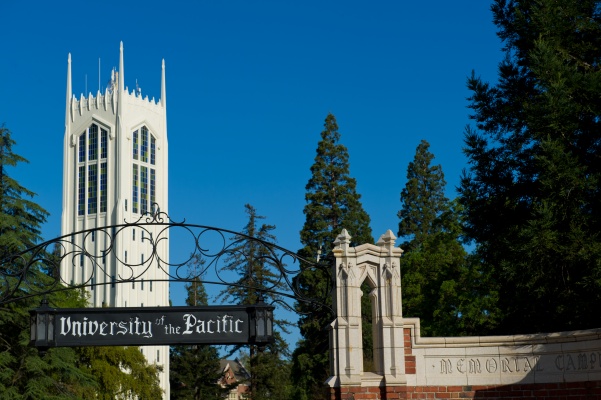 All Americans are experiencing a period of racial reflection in this country. As a multi-ethnic nation, we have the unique responsibility to decide how we will instigate progress towards racial equality in our society. With this obligation in mind, many institutions of higher education are implementing race scholar Ibram X. Kendi’s interpretation of “anti-racism”.

The invitation of Dr. Phillip Ewell by the Conservatory of Music to speak at University of the Pacific - on the presence of white supremacy in music theory specifically and on racism and combating racist policies more generally - was important to start fostering dialogue on such a difficult topic.

In the spirit of pursuing a more holistic, well-rounded education, we believe it is also important to hear counter-arguments and alternative approaches to combating racism, both in music and in society, from other sources. Remaining open to listening to opposing views will allow students to make informed decisions and broaden their understanding on such a complex matter. After all, this is the core principle that defines a university as an institution dedicated to critical thinking and the pursuit of truth.

As such, we feel it would be beneficial for the student body to hear a panel discussion between Dr. Phillip Ewell and Mr. Coleman Hughes on the topic of racism in music and in society.

Mr. Hughes is a young African American jazz trombonist as well as a columnist whose work on race has been featured in The New York Times, The Wall Street Journal, and Quillette. He also hosts the podcast Conversations With Coleman, which emphasizes free speech, free thought, and honest conversations.

Dr. Ewell admirably challenges “Music Theory’s White Racial Frame” that encompasses Western music, especially in the academic world. He has made it clear that his arguments rest upon a philosophy of anti-racism spearheaded by Ibram X. Kendi. Ewell heavily utilizes four terms defined in Kendi’s book, How To Be An Anti Racist. These four terms are: racist idea, antiracist idea, racist policy, and antiracist policy. Mr. Hughes finds Ewell and Kendi’s application of these terms unusually expansive, and their analysis of racial disparities worryingly hasty.

Both schools of thought, Ewell/Kendi’s and Hughes’, bring forth important discussion points that are worth exploring. They also contrast in many important ways. For example, Kendi and Ewell’s philosophy supposes that every idea and every policy, is either racist or anti-racist. What they mean by this is that policies that produce racial inequity are racist, and policies that produce equity are anti-racist. Hughes takes a different approach then Kendi and Ewell when it comes to analyzing racial disparities, in that he is less quick to ascribe racial disparities entirely to racist policies. Moreover, he subscribes to an individualistic, rather than overtly race-conscious, vision of antiracism.

It should be regarded as self-evident that we must fight racism in all of its forms. This is not the question at hand. What we as a nation, University, and Conservatory, must decide upon is how we will combat it. In light of this, we believe that a panel discussion between Dr. Phillip Ewell and Mr. Coleman Hughes would be a meaningful step towards racial equality.

"The function of education is to teach one to think intensively and to think critically. Intelligence plus character-that is the true goal of education." - Martin Luther King Jr.

Response to Ibram X. Kendi's "How To Be An Anti-Racist"

"What would a Color Blind World look like?" - Podcast Snippet

"The Case for Colorblindness" - Full Podcast

"Stories And Data: Reflections On Race, Riots, and Police" - Essay