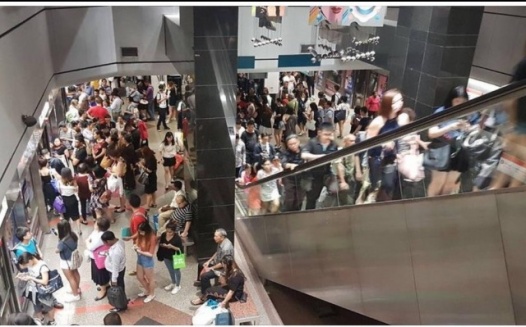 Petition to Honour SMRT in Guinness Book of Records for Highest No. of Train Delays in a Year

We have crossed the 1,000 mark in a short space of 2 days showing that clearly SMRT's frequent breakdowns and delays affect many S'poreans who are angry in the face of inaction and lack of accountability on the part of the millionaire PAP minister Khaw Boon Wan and millionaire CEO Desmond Kuek and Lee Ling Wee.

We will start to compile all the breakdowns from 2016 to 2017 and send it to Guinness Book of Records. Meanwhile, keep the signatures coming in! If we hit 5,000, that's when the authorities will sit up and start taking you, the silent suffering commuters, seriously.

Train disruptions and delays have continued unabated and at increasing frequency since 2011, despite the Prime Minister Lee Hsien Loong apologising and promising to fix the problem during a rally then.

We are only passed the first half of 2017 and already, we have lost count on the number of disruptions which have been happening everyday without fail.

As such, we are petitioning for SMRT to be entered into the Guinness Book of Records for the highest no. of delays and disruptions for a developed Asian country.

Please support this Petition. Together let's keep our world moving!