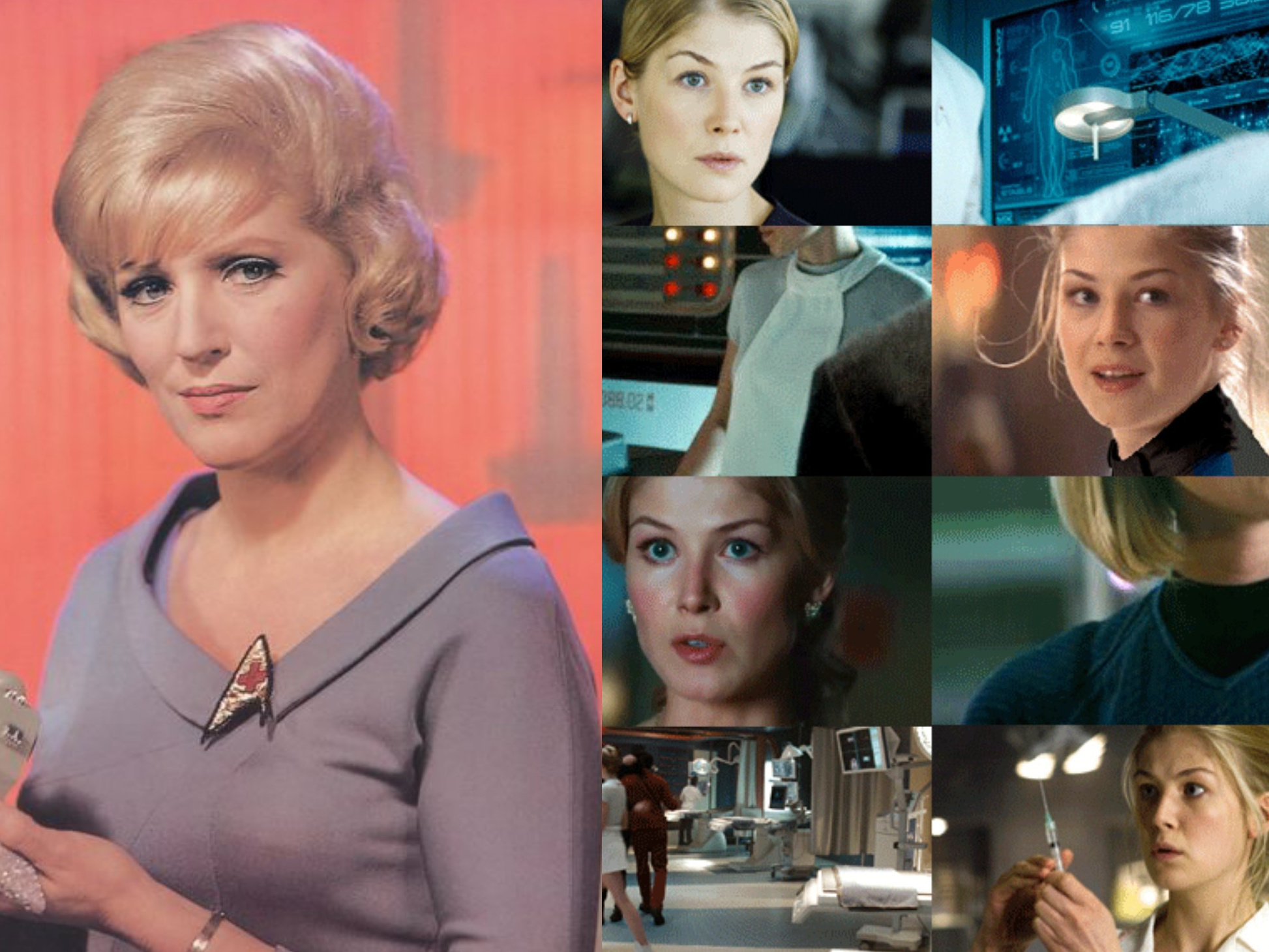 PETITION TO HAVE NURSE CHAPEL THE NEXT STAR TREK MOVIE

Here's a petition to have Nurse Chapel in the next Star Trek movie. Christine Chapel is an AMAZING character with a lot of detail and background to her. But, what we all know is that she is a go-getter, a tough cookie with can-do charm, and she can put anyone in their place if they step out of line. She is truly a wonderful character and is a great role model for woman to look up to. The Star Trek fandom loves her and we think she deserves to be in the next AOS movie, and we think Gene Roddenberry would have felt the same way.

P.S. - (as well as McChapel, because who doesn't love watching McCoy and Chapel arguing? ) .

The picture is Nurse Chapel depicted by Majel Barrett (left photo) and also a fan made collage of Nurse Chapel in the Alternate Original Series, who most people depict and suggest Rosamund Pike as Chapel in AOS (Right photo)