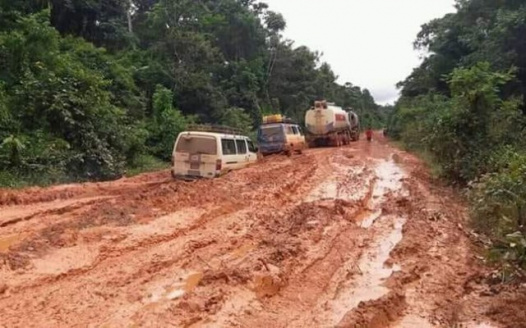 For far too long, we the people of the Volta Region have suffered the dire consequences of bad roads. While PROMISES UPON PROMISES by those in authority to fix the roads have yielded nothing, THE HOPING UPON HOPING by we the people has become a hopeless hope.

Major roads linking cities and towns in the Volta Region are left in the most dangerous of states with unimaginable and often life-taking effects on we the people i.e Health, Education, Economic, Tourism and other essential aspects of our lives!

Enough is enough. We cannot sit idle for our roads to keep killing us, destroying our businesses, reducing the life span of our vehicles, robbing us of our income from tourism and inflicting many serious health conditions on us.

This is why together as people of the Volta Region, we are demanding action by petitioning you and your assignees to as a matter of urgency #fix Volta roads now!.

Specifically, we are demanding that the following major roads that are part of most dangerous roads in Ghana as reported by Joy News’ Kojo Yankson during the British High Commissioner’s Ghana Grand tour few days ago, be fixed now!

Until these roads are fixed, we will continue to use every necessary and legal means of demanding action from you our leaders to save the lives of the several innocent citizens dying on our roads by fixing these roads now.

If not NOW, when? The roads have become worst with time. Morbidities and mortalities have increased over time. The scary records are there to prove. Also, as we draw nearer to the 2020 elections, we know the usual promise upon promise games which for over 20 years yielded nothing, will be revisited by you the politicians. We reject that in the most extreme of terms. We need our roads fixed now! No more talking and promising.

Your Excellency, fix our roads now. This is our petition and demand from you.