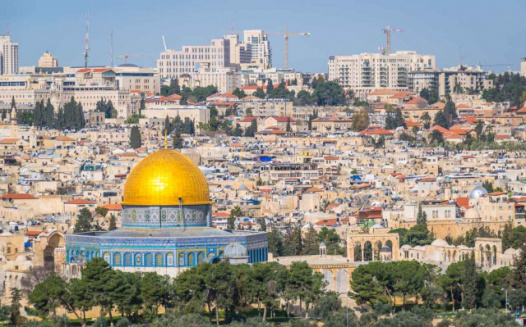 Petition to Condemn the Relocation of US Embassy to Jerusalem

We are at a critical juncture in the history of the Palestinian-Israeli conflict. Donald Trump has announced his intention to move the embassy of the United States of America from Tel Aviv to Jerusalem, thus recognizing Jerusalem as the capital of Israel. This is contradictory to all previous international treaties, as well as the stance of the international community. To sign this petition is to say no the the unilateral actions taken by the Trump administration, with no consultation of the international community, and with popular worldwide condemnation. To sign this petition is to affirm the future of Palestine and Palestinians, and to say no to the US-forced vision being pushed down our throats. Jerusalem is a Holy City indeed, but the motives behind this decision are quite the opposite. To sign is to say no to the interest-driven dynamics of geopolitics in the region. To sign is to reaffirm the strength of the people by uniting in one voice. Sign and say no to the relocation of the US embassy from Tel Aviv to Jerusalem.