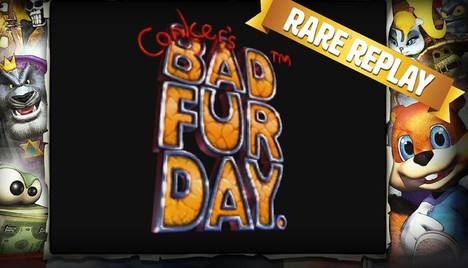 Rare recently released Rare Replay on August 4th, 2015 for the Xbox One. Rare Replay, a game compilation that contains 30 classics developed by Rare with games ranging as far back as 1983. Fans were ecstatic to discover that Conker's Bad Fur Day was included in the compilation. Several fans self-reported that they purchased Rare Replay to play Conker's Bad Fur Day alone. While fans were pleased that the Nintendo 64 port included the classic multiplayer modes, several fans were let down for the lack of online capability for the game modes.

Imagine playing Beach with eight villagers and two Tediz. Or playing Raptor with eight Ugas and two raptors. Or perhaps a ten player free-for-all deathmatch. This is a petition to request that Rare develops and patches their recent title, Rare Replay, to include an online matchmaking mode for Conker's Bad Fur Day. Fans all across the world would get to enjoy game modes that were experienced nearly 15 years ago in a rehashed online system.