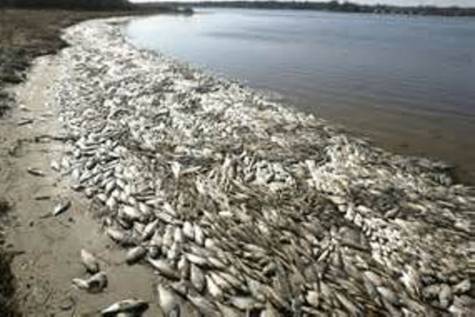 1091 people have signed this petition. Add your name now!

To: The Honorable John McCain

Chairman of the Senate Committee on Armed Services

By now, you may have heard the news about the disaster on the Vietnam's central coast. According to The Diplomat, “Unprecedented fish kills have been discovered along the beaches of four central coastal provinces, namely Ha Tinh, Quang Tri, Quang Binh, and Hue. Among the dead fish are not only small, shallow water fish, but also rare species living in deep water and far offshore.” Furthermore, there have been reports of human deaths and illness resulting from the consumption of poisoned dead fish and exposure to the polluted sea water.

This man-made disaster was caused by the discharge of dangerous chemicals from the Formosa Steel Plant, a subsidiary of Formosa Plastics Corporation (FPC) located at Vung Ang Special Economic Zone, about 70 Km south of Ha Tinh City.

Despite the magnitude of the disaster, so far, the Vietnamese Communist Government, as well as the FPC officials, have shown but indifference and taken no actions tocorrect the problem.

To help save the lives of the Vietnamese People and precious marine species, we respectfully ask you to convey our concerns to President Barack Obama asking him to intervene with the Vietnamese Communist Government to quickly solve the problems caused by Formosa Steel Plant during his visit to Vietnam in May, 2016.

Thanks you very much for your help.

The Vietnamese Community of Arizona