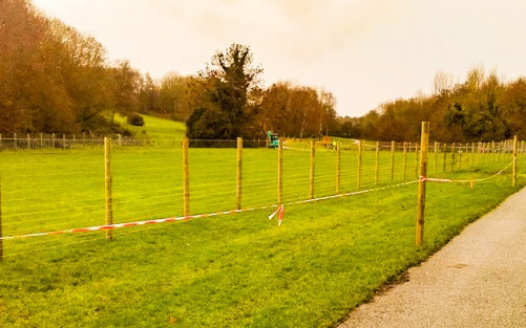 'Enclosed dog parks can lead to aggressive incidents if they are not used correctly. It is not well understood by dog owners that a dog park or run should only be used as a supplement to a normal exercise regime and not as the dog's sole form of exercise and socialisation.

'Dogs should be well exercised before entering a dog park as arriving with lots of pent-up energy and over-exuberance can lead to aggressive incidents with other dogs. It is unfortunate that this is not always the case and many aggressive incidents and fights are reported in dog parks.'

With this in mind you have to wonder how they ever went ahead with the idea....