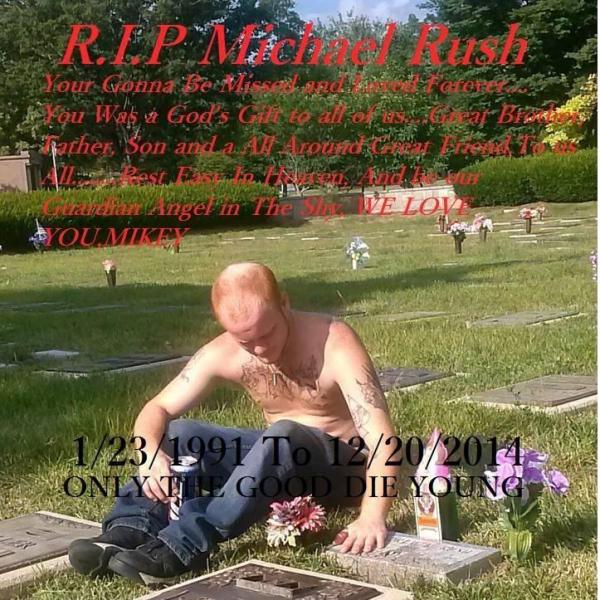 614 people have signed this petition. Add your name now!

my name is robin tucker i took custody of michael rush when he was 15. he lost his brother and mother all in one week. the gave me custody because in truth they didnt care what happened with him. mikey didnt deserve to be left alone when all he had was them. i got the funds up to bury his brother . micheal died 12/20/2014 his body is at the corners right now on the 12/23/2014 she released the body to me . i told her to met me and 3 others to newcomers funeral home so we could get the process going to have him laid to rest. shanda did not show so she wouldnt release his body to me to them so of course his body went back on hold . I have raised him since he was 15 and i have been here every since. i dont believe she should take the right to bury him when they didnt take the right to raise him. if she continues i believe the state will end up with his body and then his family his only child and girlfriend and many friends will not get closure.im not his blood relative but i am his mom i raised . i believe i should have that right to have my child put to rest. blood aint always family .