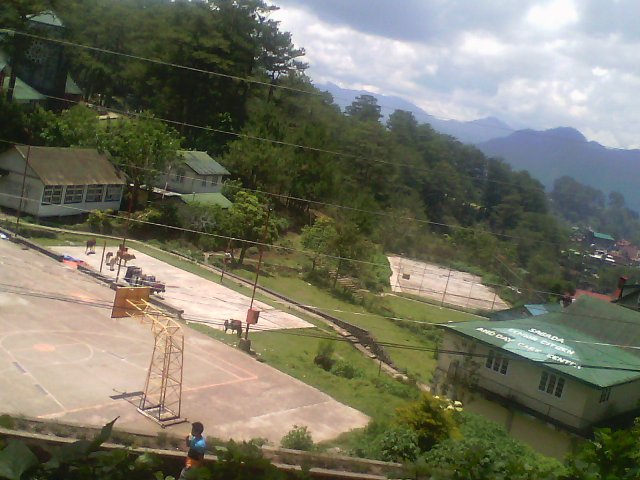 WE, parishioners of the Church of St Mary the Virgin of the Episcopal Church in the Philippines (ECP) and residents of Sagada, Mountain Province residing in the municipality and elsewhere forward this petition opposing the proposed diversion road project from the main road to the borders of Deccan, Sayoksok on to Daoangan dubbed Dantay-Sagada Diversion Road and asking for the building of parking facility instead.

COGNIZANT that proposed diversion road is located within the Mission Compound, part of the property owned by the Episcopal Diocese of Northern Philippines of the Episcopal Church in the Philippines and administered by the Church of St Mary the Virgin.

AWARE that the Standing Committee of the Episcopal Diocese of Northern Philippines(EDNP) endorsed the building of proposed diversion road.

AWARE that a Permit to Enter was issued by EDNP Bishop Brent Alawas and witnessed by Barangay Patay Punong Barangay Dennis Lopez, Rev. Archie Turtem chairman of the Standing Committee, Secretary to the Standing Committee Rev Ezra Calitong, and Ms.Penelope Claver Special Agent to the Department of Public Works and Highways (DPWH) to enter, conduct and undertake, survey and occupy and do other construction activities in connection to the building of proposed diversion road.

AWARE that proposed project reached the office of Mountain Province Congressman Maximo Dalog to facilitate and provide support in the budgeting of funds needed for building of said proposed diversion road.

AWARE further that proposed diversion road according to the Standing Committee intends to resolve traffic congestion along the main road of the town especially during influx of tourists; and accordingly protects the Mission Compound from encroachment.

AWARE that proposed diversion road refers to the same contested road proposed in 2014 which supposedly should have been funded by the Cordillera Highland Agricultural Resource Management Project (CHARMP) in the amount of P1.9 million pesos and supposedly to be implemented by the Local Government Unit of Sagada but was opposed by the congregation of the Church of St Mary the Virgin(CSMV) and the public as noted in a congregational assembly, public consultation and a signature campaign.

AFFIRMING opposition to the proposed opening of the diversion road noting earlier opposition considering enticement of probable squatting due commercial opportunities, strong threat of a destroyed eco-park of the Mission compound, anticipated indiscriminate waste disposal along the proposed diversion road, nor any part of the Mission Compound posing destruction of a heritage site established a hundred years ago.

NOTING that designation of parking lots answered the problem of traffic congestion during the 2014 and 2015 Holy Week and the long weekend from April 9 to 12, 2015 with the identification of parking lots where cars of tourists and residents were directed to let the main road a no-parking site; and further improvement of traffic systems including loading and unloading time provided for, putting up of road signs, and deployment of traffic aides.

SECONDING a major suggestion forwarded during the August 1,2014 public consultation that parking lots be constructed instead. SUPPORTING the above suggestion and calling for the construction of a parking space deemed accepted by the public.

RESOLVED to REQUEST the office of Congressman Maximo B Dalog to facilitate provision of funding for parking space instead and withdrawing endorsement to proposed diversion road thereof to RDC.

RESOLVED FURTHER to ask Bishop Brent Alawas to cancel the Permit to Enter and the Standing Committee to equally cancel their endorsement to said proposed diversion road.

RESOLVED FURTHER to forward this petition to the office of Congressman Maximo Dalog, Regional Development Council, Department of Public Works and Highways, Vestry of the Church of St Mary the Virgin, Standing Committee and to the Bishop of the Episcopal Diocese of Northern Philippines for their appropriate action.