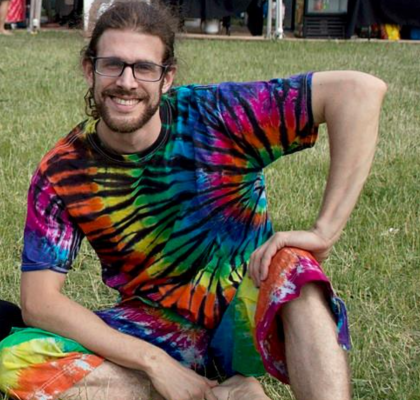 I pray you can help me regarding a dire situation. I have been experiencing for the last few years harassment involving extreme and horrendous criminality. I believe this is being conducted with involvement in part by the Canadian government, as well as other agencies working in unison with CSIS and RCMP. Many laws of our nation that are supposed to serve to protect civil rights are being infringed upon on my life, including the use of slandering, character defamation, false witness against me, harassment, threat, intimidation, stalking and covert surveillance via cellphones.

This case arises from illegal harassment, dangerous government program, and psychological warfare conducted against me by Windsor police (police officers, detectives, and informants, Canadian security intelligence service CSIS agents, Royal Canadian Mounted Police and federal agents). I was illegally targeted and harassed without probable cause or reasonable suspicion of a crime for a few years which continues to this day.

During this period, I was and still subjected to intrusive and humiliating destructive activities by CSIS, Windsor Police, RCMP agents and Canadian Military Intelligence. This network of vigilante groups is using intelligence devices for harassment purposes to disrupt my life, academic activities and subject me psychological warfare.

I’ve even had my car windows smashed TWICE. A book I recently published remains in obscurity and receives false negative reviews. As a life coach, I cannot hold on to my clients who seem startled by mysterious individuals. My frat brothers from Sigma Chi no longer take me seriously and do not keep in touch as they should be. I recently had to resign from my senior position within the fraternity. It’s obvious something is seriously amiss here.

This network of vigilante groups has also used the legal system and process for harassment purposes to disrupt and block me from living a peaceful life.

I, further believe this network of vigilantes are unlawfully using the national agency spying program against me for hidden political reasons. The actions of these vigilante groups have violated and continue to violate my rights under the Canadian Charter of Rights & Freedom on a daily basis. In addition, the Canadian government is liable for actions undertaken by federal agents and military personnel all acting within the scope of their employment. This network of vigilante groups has violated my rights under the constitution and laws of the Charter of Rights & Freedoms while they acted under the guise of law and have oppressed, threatened, harassed, stalked, intimidated, slandered and libeled me in exercising and enjoying, my rights and privileges.

This network of vigilante groups institute, authorize, tolerate, ratify permit and acquiesce in policies, practices and customs of interrogations without probable cause, harassment without reasonable, articulable suspicion of crime, in their provision of government, law enforcement services as the acts were done with deliberate indifference, knowingly in violation of my legal and constitutional rights, without good faith, and have directly caused me humiliation, physical injuries, mental pain and suffering, gross negligence, reckless and callous indifference to my rights and safety. All of the above statements constitute a serious miscarriage of justice.

Thus far, I have been a targeted individual for at least few years and have suffered blocked and delayed contributions, blocked and delayed legal fund, delayed profits, interference with prospective economic & business advantages, defamation-false and misleading statements about myself, malicious prosecution, injury to the value and reputation as a person, all malicious interference with a business to the extent of foreseeable consequences which constitutes irreparable injury for which there is no immediate adequate remedy at law based on the obstruction of justice across the board.

As a Canadian citizen, I, Justin Teeuwen, have been unlawfully and illegally subjected to psychological torture, attempted frame ups, death threats, stalking, intimidation, several unlawful stops , theft of evidence, damage to private property, theft of private property, unlawful deletion of blogs, unlawful interference with the internet, falsification of medical records, falsification of police reports, blocked police reports, stealing legal and personal mail, invasion of privacy, daily harassment, psychological warfare, casting me in a false light, malicious attempt to portray me as a mentally ill oddball or have me committed after destroying my life and a long train of criminal civil rights violations and obstruction of justice for several years.

These continual hate crimes against me have occurred seemingly randomly inside shopping malls, grocery stores, in the streets, and also within the University that I work for. Other people with similar stories to me report it even happens to them inside places of worship.

People who learned about me through these acts imposed on me are now highly suspicious of me and mistrustful. I have caused no harm against anyone nor have had any plan to cause harm. I have suffered tremendously to the point that I do not know what the total financial cost in pain and suffering has been in my life.

My personal story would be terrifying and bewildering to an audience unaware that I have had this law enforced on me as a person who has never committed a crime. I've been a law abiding citizen my entire life. There are many others in Canada experiencing this same injustice.

Citizens of the world deserve laws of protection that apply in every case, not selectively enforced. I have sought justice in my personal case but to no avail currently. I have not only experienced surveillance but tampering of my personal information as well as having communication directed to the people, I did not wish it directed upon. I’ve been blocked from contacting representatives who would support my case.

Being a victim of covert harassment has denied me the right to fully pursue my real potential and as stated earlier has ruined my quality of life.

I ask you kindly to please investigate or help direct me to a person who could help alleviate this situation. As a fellow Canadian, it is the duty of everyone to alert each other to crimes being committed of any nature and to report those cases when we are made aware that a crime is truly being committed. We have no true freedom as citizens when criminality is ignored, and the laws of our nation are not enforced. If you could help me in my particular case, please write back or help me find out, who I could contact that would be able to offer help and justice.

Thank you for your time in reading this petition.