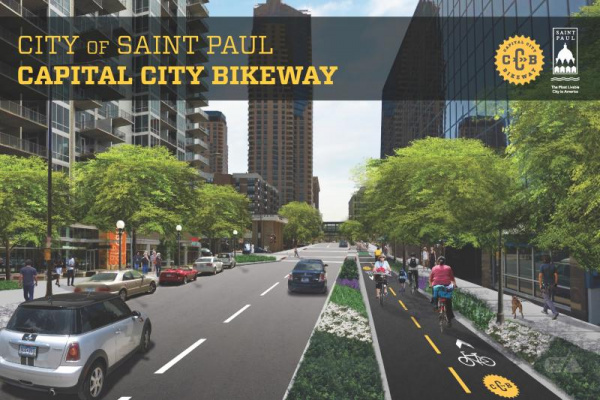 Whereas the Rice Park Association, on September 25, 2019, adopted a resolution stating as follows:

WHEREAS, St. Peter Street is a primary entertainment district in downtown Saint Paul that draws drivers from across the metro who do not come downtown regularly; and

WHEREAS, St. Peter Street is nearly fully developed with street-level retail whose businesses would be harmed by the installation of a major bikeway on the street; and

WHEREAS, there are other streets nearby, including Wabasha Street, with more existing development and potential development opportunities that could benefit from a major bikeway;

RESOLVED, that the Rice Park Association opposes locating a bikeway on St. Peter Street; and

RESOLVED FURTHER THAT, the Rice Park Association encourages the City of Saint Paul to pursue an alternative route for a major bikeway in the western portion of downtown Saint Paul.

We the undersigned support the above Rice Park Association resolution in supporting the Capital City Bikeway along Wabasha Street and opposing the new bikeway on St. Peter Street.