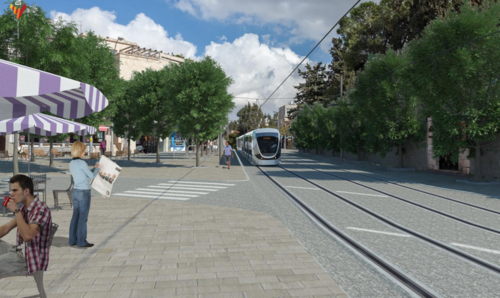 Petition in Favor of the Light Rail on Emek Refaim

Jerusalem Construction News recently revealed the municipality’s plan for the addition of the light rail on Emek Refaim as part of the future blue line. Since then, a vocal but small group of individuals have spoken out against the plan. Local shops and homes have become a platform for an anti-train campaign, with signs petitioning passersby to help prevent the addition of the line to the once-popular street.

It is not outside the realm of possibility that the vocal minority will have an impact on the municipality’s decision to go forward with their proposal and therefore it is incumbent upon those who are in favor of the project to make their voices heard. As a result, I have created a petition for all those in favor of the light rail on Emek Refaim and the positive effects it can have on the street. These include:

When considered rationally, the light rail is a good decision. It will greatly benefit the local businesses and residents of Emek Refaim, and its branching streets, in the long run.

Please sign the petition to show the municipality and local council that you are in favor of the addition of the light rail on Emek Refaim.