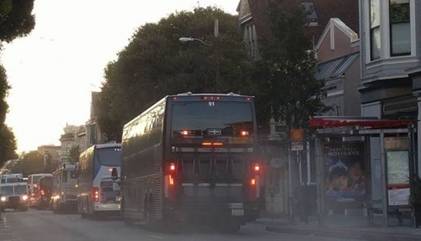 We the undersigned request that the City and County of San Francisco institute measures to relieve traffic congestion and mitigate environmental impacts resulting from the Commuter Shuttle Program. We urge the exploration and adoption of alternative transport modes, such as the use of smaller, more efficient vehicles and ride-share platforms, the consolidation of bus routes, and the wider dispersal of the traffic presently concentrated on a narrow selection of over-burdened streets.