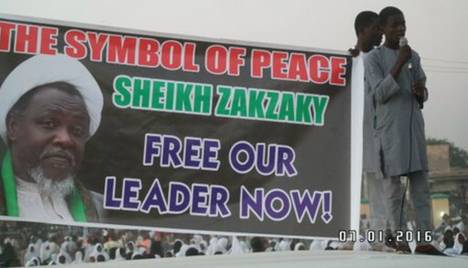 240 people have signed this petition. Add your name now!

Following the recent massacre of Muslims in Zaria, Nigeria and subsequent arrest of hundreds including the leader of the Islamic Movement in Nigeria, His Eminence Sheikh Ibraheem Zakzaky (H). The Federal Government of Nigeria under the administration of President Muhammadu Buhari and all relevant authorities are hereby petition for unconditional release of Sheikh Ibraheem Zakzaky (H) and all people arrested during the Zaria Massacre.

During the massacre that took place in Zaria, Nigeria on 12th to 14th December, 2015; Nigerian Army attacked and killed hundreds of peaceful and unarmed people including women and children. The Army in collaboration with Kaduna State Government of Nigeria under Governor Nasiru Ahmed El-Rufa’i also demolished Hussainiyyah Baqiyyatullah Zaria (Mosque), House of Sheikh Zakzaky (H). Similarly, Jannatu Darul Rahma (cemetery) and House of Zakzaky’s mother that house her grave were also demolished.

Up to this moment the Federal Government of Nigeria refused to provide access to the Sheikh Ibraheem Zakzaky (H) despite gun-shot injuries he sustained and also withheld corpses of the killed people.

We therefore demand for: