Citizens of the Prince Frederick area, as well as employees and visitors of the area residing outside of those areas, petition to have a traffic light installed at the intersection of State Route 2&4 and Sixes Rd in Prince Frederick, MD.

PETITION: We the undersigned citizens of the Prince Frederick area, as well as employees and visitors of the Prince Frederick area residing outside of those areas, petition to have a traffic light installed at the intersection of State Route 2&4 and Sixes Rd in Prince Frederick, MD. The juncture of this intersection is extremely dangerous and numerous accidents have occurred causing grievous bodily injuries, death and destruction of property.  Any attempt to cross Route 2&4 at Sixes Rd to go North after 3pm is life threatening.  Since it is common knowledge that there are no speed cameras in the area those traveling Southbound amass a speed over 60 mph or over - the speed is excessive. If you manage to cross the Southside of Route 2&4 safely from Sixes Rd to the median area, you have to wedge your vehicle at an angle, because the median is not large enough to simply cross and wait for an opening to go Northbound.  Once you have reached the median safely you still have to maneuver the median with other cars approaching and turning, going North or Southbound, if all goes well enough you can proceed North.

The notoriety of this intersection needs to end. The most recent accident at this intersection was on June 17, 2013,  where a emergency vehicle and resident of Sixes Rd attempted to cross the highway after 4pm and was struck attempting to reach the median, the resident died on the scene. The other driver was seriously injured. Year after year calamitous accidents have been recorded. This must end. The clear and present danger represented by this intersection has been noted by all in the community. 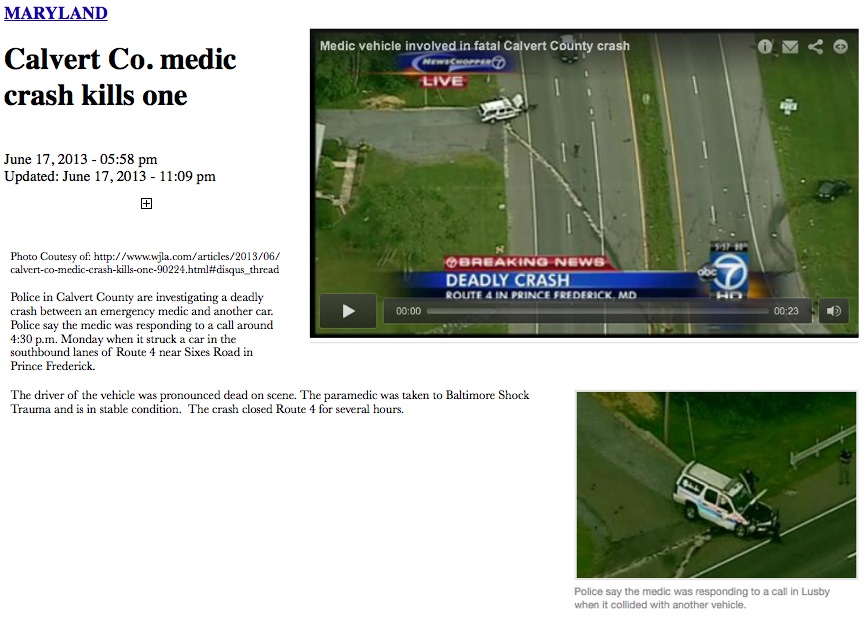