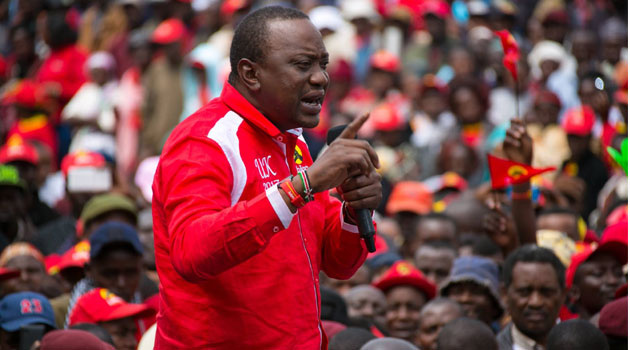 Petition for the swearing in of Uhuru Muigai Kenyatta

On August 8, 2017 Kenyans woke up early to go to the polls in what was Kenya's biggest election in terms of registered voters.

By evening the same day the first results from polling stations with few registered voters mostly prisons began trickling in.

President Uhuru Kenyatta took an early lead which he maintained through the election which he won and was declared winner by the Independent Electoral and Boundaries Commission (IEBC) on August 11, 2017.

In the course of the election results tallying the National Super Alliance (NASA) led by their Presidential candidate Former Prime Minister Raila Odinga called numerous press conferences rejecting the results being streamed live from the 40,883 polling station across the country.

In these press conferences they alleged that:

1. The IEBC system had been hacked and that the system was multiplying Uhuru Kenyatta’s votes.

2. They had been given access to the IEBC servers which showed their candidate Raila Odinga was leading with 8.2 million votes (It is not clear how one system can show two different results at the same time. They also refused to disclose who gave them access)

NB: All the purported evidence in terms of database logs they gave was found to be falsified as the system IEBC was using was different and of superior quality.

3. The IEBC did not have all copies of the Forms 34A (Generated at the polling stations and whose results were transmitted electronically. This is what was appearing on the IEBC portal (https://public.rts.iebc.or.ke) and on our TV screens.

They further demanded that:

1. IEBC declare Raila Odinga the duly elected President of the Republic of Kenya based on their purported peek into the server which showed Raila Odinga was leading.

The IEBC ignored these allegations and declared Uhuru Kenyatta winner having received certified copies of Forms 34B (generated at the constituency tallying centers).

The NASA team then went to the Supreme Court just before the constitutionally set timeline for filing petitions lapsed.

This led them to file some of the documents late but despite that being unconstitutional the Chief Justice David Maraga admitted them into evidence.

Fast forward to the ruling day and the Supreme Court annulled Uhuru Kenyatta’s win without ordering a recount of the votes as the case is in election petitions.

Information in our possession and now in the public domain (https://www.tuko.co.ke/252291-damning-allegations-emerge-mwilu-lenaola-met-nasa-lawyers-supreme-court-verd.html) shows that the Supreme Court judges were compromised by the NASA lawyers with call logs and text logs forming part of the evidence.

It is in this regard that we, the undersigned, 8.4 million Kenyans who voted for and believe that Uhuru Muigai Kenyatta was robbed of his victory demand the following:

2. UHURU MUIGAI KENYATTA be SWORN IN as the duly elected President of the Republic of Kenya.