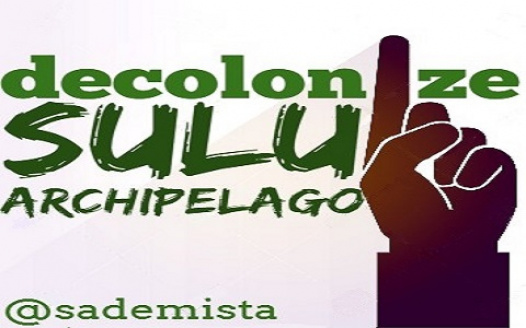 Petition for the Decolonization of Sulu Archipelago

An appeal to my fellow Bangsa Sug/Suluk, SADEM aims to uplift the spirit of Muslim fellowship and fraternal bonds among the Muslim Bangsa Sug/Suluk youth of the sovereign national citizenry of Sulu Archipelago namely the Tausug, Sama, Jama Mapun, Yakan, Balanguigui and Sama Dilaut.

By supporting this signature campaign petition for the Decolonization of Sulu Archipelago, we assert our right to Self-determination, Restoration and Independence of the centuries-old sovereign Island-State of SULU comprising of the main Islands of JOLO and TAWI-TAWI and the Sultanate's Tributary Territories of the islands of BASILAN, PALAWAN and ZAMBOANGA PENINSULA which remained in colonization and illegal occupation by Philippine Colonialism since 1935.

The Homeland we aspire to redeem, the Struggle for Freedom & Sovereignty that has built our character and that defines us as Muslims of the Sulu Archipelago!