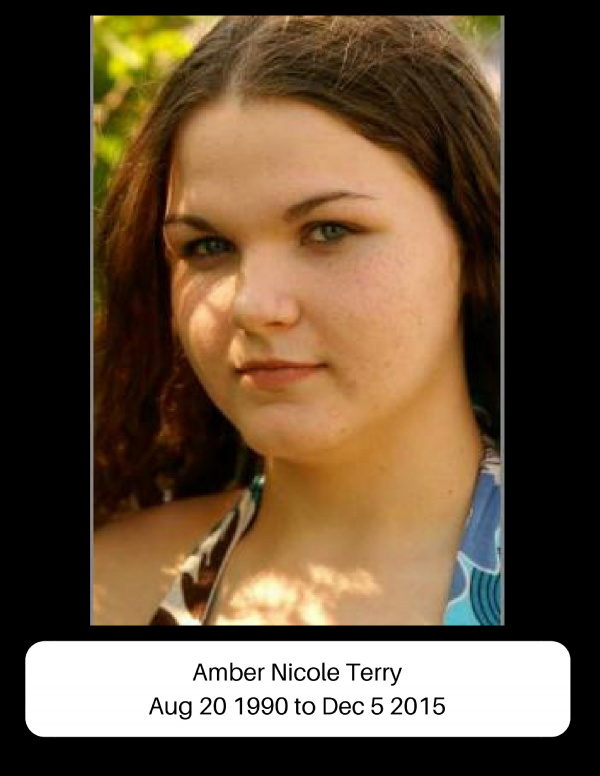 418 people have signed this petition. Add your name now!

On December 5 2015, Scott Ruminer had been doing METH and was coming down from it. He fell asleep and crossed the center line hitting Amber Nicole Terry head on killing her. He tested positive for meth at the hospital after the accident.

Scott Ruminer was given five years in prison for causing Amber's death. This sentence was given in December 2018, He has only served six months in prison.

We, the under signed, Stongerly OPPOSE, parole for Scott Ruminer. Justice demnads that he serve the full sentence given to him.