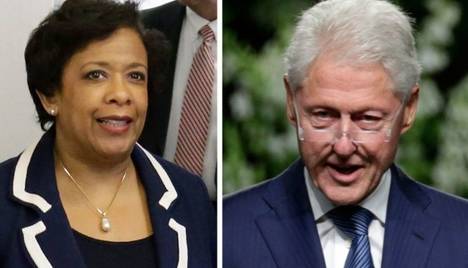 PETITION DEMANDING THE RESIGNATION OF

WHEREAS, the Federal Bureau of Investigation and the United States Justice Department are currently conducting a criminal investigation of Hillary Rodham Clinton related to her use of a private email server during her tenure as the United States’ Secretary of State; and

WHEREAS, Attorney General Loretta Lynch met privately with former President William Jefferson Clinton on June 28, 2016 for a reported 30 minutes; and

WHEREAS, said private meeting creates at the very least the appearance of impropriety on the part of Attorney General Loretta Lynch and demonstrates her utter lack of competent judgment and capacity to continue as the Unites States Attorney General;