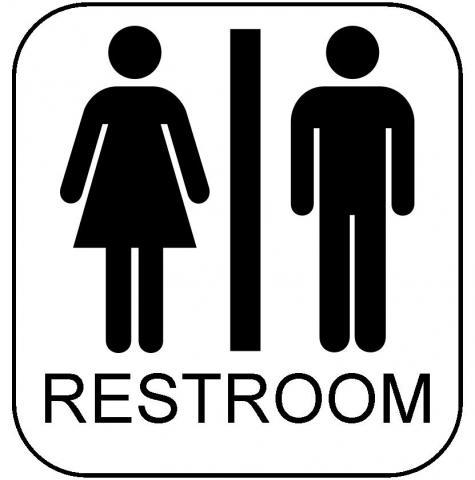 We demand that the school creates gender-neutral restrooms. For transgender or transsexual students, it is often a huge dilemma of which bathroom to go into. Many students who identify with a gender that does not correlate to the sex they were assigned at birth, or do not identify with a gender at all, are scared to go to the bathroom during school because they are afraid of getting bullied by others and they often question which bathroom they can go in. Some students even go out of their way to go to a restroom that is safer and more private, or they avoid campus restrooms all together. The students that fit into the transgender, transsexual, or null-gender category deserve the right to be able to use the bathroom comfortably.

Bathrooms without a designated gender benefit those who do not identify with the sex they were assigned, or to those who do not identify with either gender. Trans* and null-gendered students often feel stress, anxiety, and mistreatment when using the gendered bathroom that is appropriate for them. Providing these students with a private, non-gendered bathroom can reduce, or even eliminate, this burden.

Bullying is a huge issue in not only Stoneman Douglas High School, but in all of Broward County. In a 2011 survey of 8,584 LGBTQ students, six out of ten said they felt unsafe at school. The two most dangerous places for a trans* students is in the locker room and in the bathroom, due to the little to no adult supervision. By placing gender-neutral bathrooms at Stoneman Douglas, it will help students who are trans* relieve their anxiety on using the bathroom and eliminate some bullying.