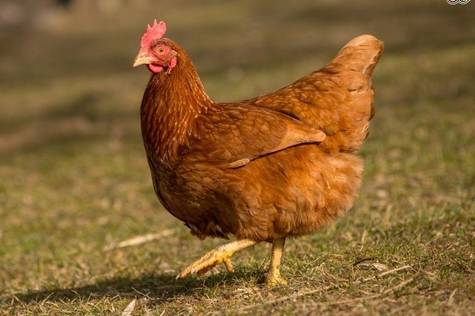 For tens of thousands of years mankind has had a close relationship with the chicken, it has converted grain materials into protein for many centuries while also acting as companions for the keepers as well as other animals in the area. These domesticated foul not only provide sustenance for their human keepers they also provide pest and insect services while in the care of their owners. There is also an educational aspect to the keeping of chickens, owners of chickens who have young children have a direct opportunity to teach their children the life cycle and how one species providing for another is reciprocal.

In July, 1996 the township of Van Buren passed General Ordinance 1-1996. In section five of this ordinance is included “No person shall own, possess, or have custody on his / her premises any farm animal.”(General Ordinance 1 - 1996, section 5.). Since the passing of this ordinance the economic status of Grant County as a whole has declined and our township has and is experiencing this first hand. In 2014 the estimated median household income was $37,830 which is just over ten thousand dollars less than the state average which is $47,529 this is according City- Data.com. Things economically have not gotten better since these numbers were published and there is not any relief in sight. With the increasing cost of fuel, which drives up the cost of other goods, and the declining value of the dollar a sustainable source of food is naturally common sense. Small scale, home based are very affordable and can provide a lifetime of low cost protein source.

The ability to raise and keep what is commonly referred to as urban poultry or urban chickens has become more prevalent in recent years in areas of the nation with much more dense population than compared our town. In large sprawling urban areas such as Indianapolis, IN, Seattle, WA, Pittsburgh, PA, and Kansas City, MO to name a few. Why cannot we the people of Van Buren have the ability to choose to provide a low cost alternative sustainable source of protein for our families?

Another added benefit of keeping chickens is the more flavorful and healthier production of eggs. It is common knowledge large scale egg production comes at the cost of having to prevent the spread of disease among the chicken, this is why chickens are given large doses of antibiotics, while chickens raised for their meat are administered growth hormones. The ability to raise chickens allows us as individuals to provide a healthier food product for our families.

There are some cons to having chicken the biggest is the luring of predators to the area. This is an unavoidable and inevitable consequence of keeping any small animals, but keep in mind we live in a one hundred percent rural are and these predator are already among us eating our garbage as well as small game and the cat food which is graciously left outdoors for neighborhood strays. Some may say chickens are noisy, this is a misnomer, the clucking of a small group of chicken is actually less than conversations between a small groups of people. The argument for smell is also misconstrued; a small coup if maintained will have fewer odors than a cat’s litter box.

Please join us in our quest for a healthier, tastier, and sustainable source of protein for our families. Let the voice of our town’s people be heard, use this opportunity to become more involved in what happens within our town. Together we have the ability to induce change, locally as well as on a larger scale but only if we can work together.