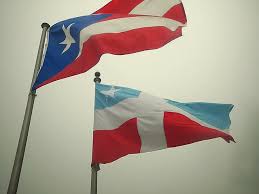 Petition for and Declaration of Independence of Puerto Rico

Petition for and Declaration of Independence

Provisional Constitution of the Republic of Puerto Rico

We the people of Puerto Rico; after more than one hundred years under the colonial rule of the United States and hundreds more under Spain declare that the time has come for us to assume our rightful place among the powers of the earth. With distinct culture and language, and a history of our own, we have the right to determine our destiny and now exercise that right.

We seek only that right, which is given all peoples of the world, to assume the responsibilities of a sovereign nation and take our rightful place among the powers of the earth. We acknowledge; that all men and women are created equal, are endowed by nature and god with inalienable rights such as life, Liberty and the pursuit of happiness and that individual Liberty may not be overthrown by any government.

With this declaration, it is right that we provide the reasons for our decision to separate from the American union, therefore let it be known that the United States has:

Imposed upon the people of Puerto Rico laws and regulations approved by a Congress and a President for whom we have no vote;

Imposed taxes and duties upon our people, income and products for which we have not choice to approve;

Instituted policies that are detrimental to our people, that have led to thousands of deaths, billions of dollars in losses and delays in shipping and receiving goods;

Locked us into a non-working economic model;

In the name of ‘national security’ has read our emails and listened to our phone calls and searched our documents and our homes without a warrant as specified in the constitution of that country;

Has required our young men to register to be called for war, without giving them the right to vote in the Congress that will declare that war or for the President who would lead that war.

Experimented on our people and sterilized our women.

Interfered with our ability to establish relations with foreign powers;

Ignored mandates of the United Nations to resolve our political status;

The long list of abuse and usurpations has left us but one choice; to petition and call for our Independence from the United States of America.

Upon declaration or acquisition of independence the provisional constitution below shall take full effect. If sufficient signatures are not obtained by July 25, 2016 this petition, declaration and constitution are null and void.

By my signature, I swear or affirm an oath to this petition, declaration and constitution, to bear true faith and allegiance to the same and to defend it and the Republic against all enemies foreign and domestic, and to obey the laws and regulations of the same, and defend the principles of Liberty. I understand this oath, declaration and provisional constitution will take effect ONLY upon declaration or acquisition of independence and I take this oath with no mental or moral reservations and agree to provide service as required for full membership in the Republic.

This petition, constitution and declaration are considered null and void if the minimum number of signatures is not obtained by 25 July 2016.