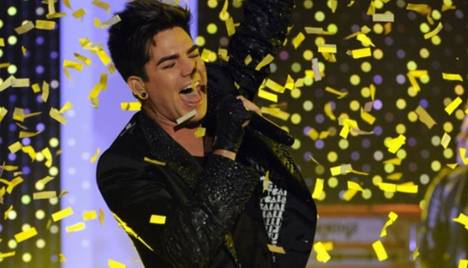 Petition For Adam Lambert to Continue to Perform at Countdown 2016

We, the undersigned, petition for Adam Lambert to perform at Countdown 2016 to be held at The Float @ Marina Bay.

Even though MediaCorp has headlined the singer-songwriter in the annual Countdown show, his inclusion is being decried due to his "active promotion of a highly sexualized lifestyle and LGBT rights, both of which are contrary to mainstream Singaporean values."

Head of MediaCorp's Family (English) and Premier Segments, Debra Soon stated that, "Celebrate 2016 will be suitable for family audiences and conform with broadcast regulations."

So, there won't be sensual gyrations that can cause your loins to burst into flames.

But what gets out collective goat is the fact that Lambert can't perform here because of his sexual orientation.

Never mind that studies discovered homosexuality isn't a choice or an evolutionary setback or that even the late Lee Kuan Yew (whom we assume is a figure most of the detractors venerate) even question the criminalising of sex between men it's always the close-minded traditionalists who wants to drag the rest of us screaming and kicking to their comfortable dark.

We urge the Organisers of Countdown 2016 to recognise that it's 2015-going-on-16, dangnammit! Progression is to make strides, to move forward, not stay still or retreat into some backward mindset. That's what the changing of the year is about.

It would seem that a lot of people are averse to homosexuals but that's because these people actually bothered to lend their voices in the clamour. There's a petition with a growing number of signatures that's capped at 20,000 so we'll do one better: here's a petition with a cap of 25,000. We believe that there are enough forward-thinking human beings to drown out this conservative claptrap.

Let us rush headlong into the new year where Singapore is a country that is inclusionary. Countdown 2016 is an annual public event for all Singaporeans regardless of race, language, religion, sexual orientation, whether you like your toilet paper to hang over instead of under; as long as you're not hurting anybody, come one, come all.

Let us leave behind this archaic nonsense as we hereby petition:

to keep Adam Lambert in the lineup of performers for Countdown 2016.

Thank you for your kind and prompt attention.

For the love of Singapore, reason and the future,

Concerned member of the human race

UPDATE: Hey guys! When we started this, it was in response to the silly, silly petition that the conservatives cooked up. We thank those who saw the value in speaking up. Apparently, there is another similar petition that wants Adam Lambert to perform in Singapore (we, uh, didn't check to see if there were other petitions out there when we started this) and that has considerably more signatures so we urge you to go there and sign it if you haven't.

Remember, it's better to light a candle than to curse the darkness. Keep on speaking up!