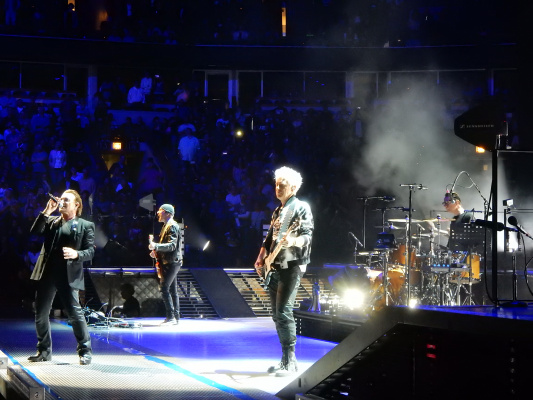 Petition for a permanent U2 channel on SiriusXM radio

U2 fans were thrilled when SiriusXM satellite radio chose to create a U2 channel during the Experience Tour in the spring of 2018. The channel stopped airing U2 on July 31, 2018 but U2 fans are feeling a void! We would like a permanent U2 channel with interviews, live tracks, bands that influenced U2, and of course, as many U2 tracks as you can throw at us!

Please sign here if you would like a U2 channel on SiriusXM permanently. Let's show the folks at SiriusXM how disappointed we are that it was pulled from the air! Hire a permanent curator like Dave Fanning to host it, as he did for the temporary one. Hire ME! I'll program it. Message me privately, SiriusXM admin people....

But I digress. Let SiriusXM know HERE that you want U2 at your fingertips every time you turn on SiriusXM radio! Type in your name and email address and click "send." That's IT! I will present the petition to the powers that be at Sirius XM.