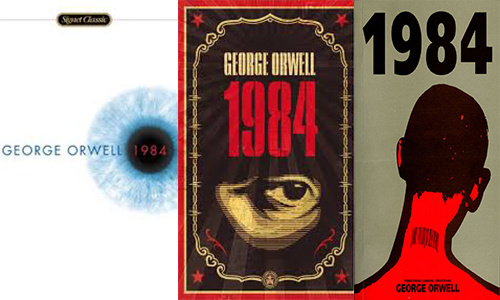 Students at Rigby High School, especially those currently enrolled in U.S. Government and Political Science 101 have been dealt an injustice. The book 1984, written by George Orwell, depicts a dystopian society in which the government has full control over its citizens lives. Due to the complaints of a parent of a student at Rigby High School, this book has now been removed from the classrooms due to a "vulgar" scene contained within. They claim that their child should not be exposed to this during their education, but the lesson contained within this book is much larger than that of a vulgar scene. Students of Rigby High School have now seen the full effects of a government with unchecked powers as the school administration has removed the book from its classrooms without due process. Not only is it an injustice to the students by preventing them from learning important life lessons, but it also it extremely inconvenient as they are almost half way through the trimester and must now start an alternative assignment. The many should not have to suffer because of the one who feels an injustice done unto them. After all, "A virtue untested is no virtue at all." -John Milton
Sign this petition to show the Rigby High School Administration that you do not support their action of banned 1984 and censoring the learning of its students!