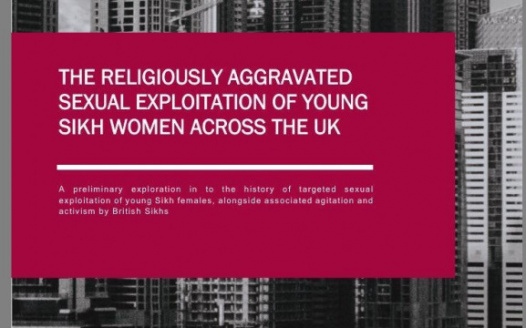 556 people have signed this petition. Add your name now!

A public inquiry into the failure of British Police forces and local authorities to investigate over five decades of religiously and racially targeted sexual exploitation of young females by perpetrators across the United Kingdom.

A study published by the Sikh Mediation And Rehabilitation Team (S.M.A.R.T) in November 2018 has documented how the religiously aggravated sexual exploitation of young Sikh females has been taking place since the nineteen-sixties.

The perpetrators of such offences have been structured gangs and individuals who have identified and subsequently targeted victims on the basis of their religious heritage or race. The study details the history, techniques and scale of such activity in the UK for over five decades.

Despite the Sikh community repeatedly remonstrating with British police and local authorities over the issue, their concerns were repeatedly met with cynicism and dismissed. This emboldened the perpetrators allowing their techniques to proliferate across the United Kingdom and become increasingly refined.

The offending patterns repeatedly pointed towards the perpetrators almost exclusively targeting young females on the basis of their faith or race.

In light of the seriousness of the issue, we are seeking a public inquiry in to the failure of British Police and local authorities to appropriately investigating such cases. Whether Sikh community concerns were negligently misunderstood or recklessly ignored, the failure to adequately investigate them resulted in the sexual abuse of thousands of young children across the United Kingdom alongside serving to embolden the perpetrators to continue and broaden their crimes.