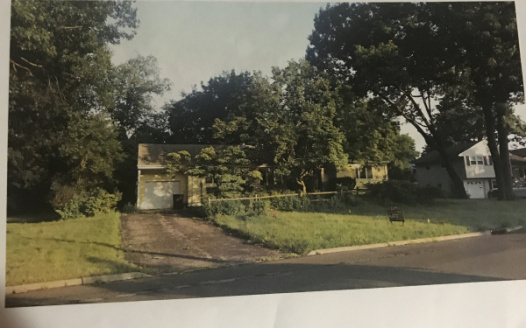 In response to the letter of Mr. Mark D. Madaio on behalf of DM Capital Corporation, we, the undersigned residents along, and/or near 186 Melrose Avenue where the proposed development is sought to be constructed, express our grave concern as such construction of a triplex of residences currently occupied by a single residence would greatly devalue property values and the quality of life for the entire Bergenfield community.

• Proposed Variance - The proposal intends to subdivide an existing lot, Block 299, Tax Lot 18 and consequently create a total of three lots, designated as Lots 18.01, 18.02 and 18.03. Although said proposal does not state the reason for such subdivision, it can only be surmised that the real estate developer is seeking to create more profit for itself at the expense of entire Bergenfield community by cramming 3 residential homes on the same lot where a single residential home existed on since 1954, resided in by a former mayor of Bergenfield and his family.

• Photos - Attached are photos of this historic home as it currently exists with its beautiful scenic view, large oak and elm trees, and quality visual airspace, which is in close proximity to the many ballfields and parks the children of Bergenfield play and recreate on.

• Realtor Opinion - It is the opinion of Bernardo J. Armendi, realtor and member of the National Association of Realtors, who has been associated with the Tenafly office of Weichert Realty for over 13 years since and has been a resident of Bergenfield since 1988, that the allowance of such a variance and subsequent construction of triple residences on a lot occupied by a singular residence since 1954 would greatly negatively impact property values and devalue the quality of living of all surrounding homes in the area of the proposed construction. It is his opinion that the airspace and current scenic views of the surrounding neighbors of the proposed triple residence construction would be evaporated and eliminated simply due to pure greed.

It is also Mr. Armendi’s opinion that if such an extreme variance is permitted, it could spread like a virus throughout the entire Bergenfield community, directly affecting more Bergenfield residents. Mr. Armendi expresses this opinion despite the fact as a realtor he potentially could make more commissions off the sale of these 3 proposed residences but realizes that making exorbitant profits at the expense and quality of life of your neighbors should not be irrationally approved or permitted.

• Extreme or Undue Hardship – No extreme or undue hardship will be suffered by the real estate developer by denial of its application for this radical variance. It is also the opinion of realtor, Bernardo J. Armendi, that the developer can potentially obtain a significant profit by either renovating the current home or building a new one in its place and selling it. The construction of a triplex of residences on the lot would indeed invite greater profit for the developer but it would come at the expense of the surrounding neighbors and the entire Bergenfield community that would be suffering the extreme and undue hardship due to the unwarranted avarice of the developer.

• Concerns of the Bergenfield Public Interest - The undersigned have lived within the area for quite some time now and we have enjoyed and loved the tranquility of our neighborhood. For all of us, this is home. The aesthetic design of the houses and the lot measurements are all part of the considerations why we chose to settle in the Bergenfield community.
Our neighborhood is a distributed community where development proposals should be considered carefully. Infilling could ruin the character of our neighborhood and undue real estate development would devastate it.
The proposed variance to subdivide a lot currently occupied by a single, historic residence into adjoining, crammed in subdivision of triplex residences is contradictory to the Bergenfield Community’s character and values, as the houses to be constructed thereon would decrease property values, invade current airspace, destroy scenic view enjoyed by the entire community, along with ill-fitted and tasteless design and structure issues that would inevitably follow.
It is for these reasons that we strongly oppose this irrational variance proposal to subdivide Block 299, Tax Lot 18 into a crammed triplex of residences that would be an eyesore and unwelcomed by the Bergenfield Community for the genuine reasons and concerns expressed above.
We hope for your prompt and rational response in denying this obnoxious variance proposal and request that this petition letter and attachments be made part of the administrative record of Bergenfield prior to the public meeting of the planning board scheduled on 8-20-18 on this matter.
Thank you.