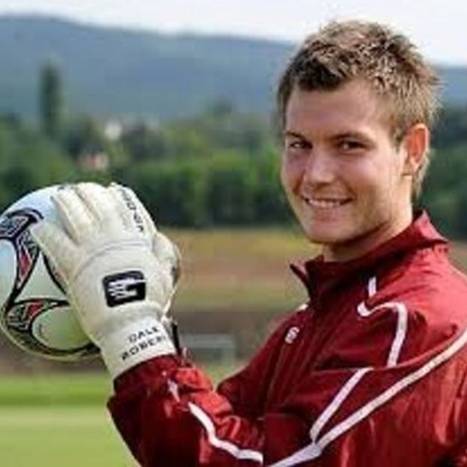 petition against the southern leagues decision.

As Members and supporters of AFC Rushden & Diamonds will be aware, since its formation the Club has continued the tradition, originally established at Rushden & Diamonds FC, that the first team goalkeeper does not wear the number 1 shirt in memory of Dale Roberts.

No team representing AFC R&D at any level, of which there are a total of 36 for the 2015/16 season, has ever used the number 1 shirt and only two such shirts have been produced to this date. One of these hangs in “Dale’s Bar” at the ground and a second has been presented to Mr and Mrs Roberts, Dale’s parents.

When the Club first joined the United Counties League in 2012 and made representation to the UCL Board regarding the above issue, their response was one of compassion and understanding. A small alteration was subsequently made to the wording of the League rule relating to player numbers which allowed the starting AFC R&D goalkeeper to wear the number 17 shirt. AFC Rushden & Diamonds would like to place on record our sincere thanks to the United Counties League for their support in this matter.

Following promotion to the Evo-Stik League Southern Division One Central, the Club made a request to the Southern League Board to provide similar special dispensation for the starting goalkeeper to wear the number 17. This request was denied.

AFC Rushden & Diamonds has subsequently made an appeal against this decision to the Football Association which, at the time of writing, has not been concluded.