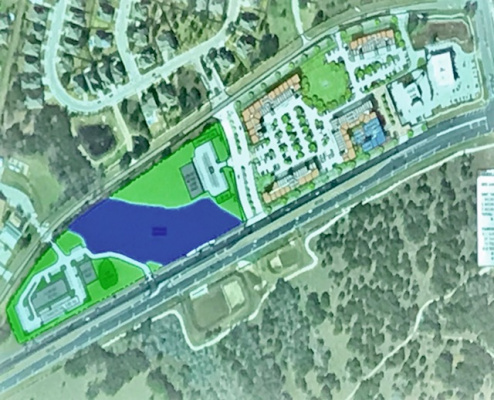 Petition Against Rezoning of Smyers Lane Property to PUD/Multi-family

A real estate developer plans to purchase the undeveloped land between Smyers Lane and Hwy 620 (between the existing Chase Bank and HEB on Hwy 620) and change its current zoning from C1-A (commercial) to PUD (Planned Unit Development) which would allow at least a portion of the land to be developed for multi-family. The developer’s preliminary plan includes, among other things, a proposed 4- story, 295-unit apartment complex.

As residents near this proposed development, we want to urge our City officials to oppose the rezoning and keep in place the existing C1-A commercial zoning designation, which currently allows for commercial uses (office, retail, etc., NOT multi-family/apartments). Let's show the developer and City officials that we have broad support AGAINST the rezoning efforts.

Our reasons are simple:

(1) TRAFFIC CONGESTION. Many of us rely on Smyers Lane to access HEB, O’Connor and Wyoming Springs. With an additional approximately 300 residential units on that land, the congestion along Smyers and Hwy 620 will increase, even with any new traffic signals installed on either Smyers or Hwy 620. Furthermore, we do not believe that adding additional traffic signal(s) on Hwy 620 and/or Smyers Lane would be desirable.

(2) OVERCROWDED SCHOOLS. The additional approximately 300 residential units in that relatively small area would negatively impact our overcrowded schools. The high density project would create a large burden and would necessitate a thorough and costly re-assessment of the current school boundary lines.

Please sign this petition if you OPPOSE the rezoning of the Smyer Lane land from Commercial (C1-A) to PUD (Multifamily). Together we can make a difference!