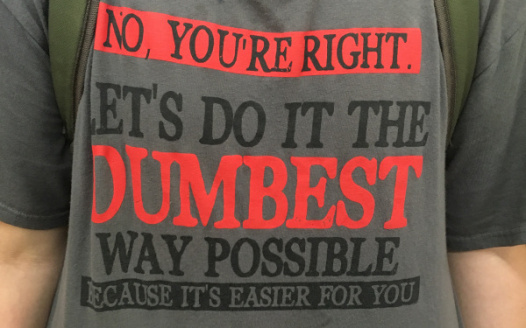 Mr.crain at crestview high school has been delivered his letter of reprimand due to a student being to high on a ladder and is considered a safety hazard. Crain is the high schools electrical teacher and has provided a lot of help in electrical and life subjects such as the do’s and donts of safety and how to wire houses with electricity or solar panels. This decision to fire him over a student being too high on a ladder (while we are building a house) has been wrongly decided and I believe it should be appealed to the okaloosa county school board