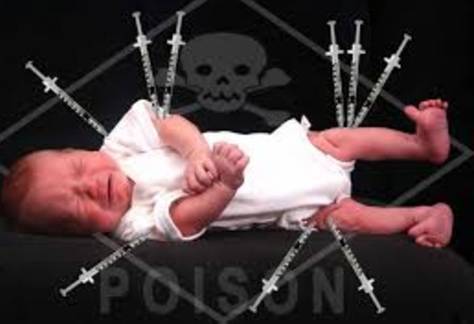 The protest to respect the freedom and rights of parents giving up vaccination of their children and in the effective protection of children vaccinated against undesirable after-vaccine reactions. Also, we beg you - Don't let HPV Vaccine be compulsory in Poland, in the heart of Europe.

We observe with great concern the activities of Polish authorities towards parents in Poland who do not have their children vaccinated because they take independent decisions for the good of their children and take into account all the possible consequences of both vaccination lack of it.

We act on behalf of parents who until now have had defend themselves on their own, with no help from anybody. We fight for Polish people's rights, in Poland - the country they live in and the country whose citizens they are - for the right of inviolability of their children and to self-determination as well as freedom of choice.

Until recently, most of us have believed in the perfection of vaccines. Our knowledge of vaccinations was mediocre: we knew the general mechanism of action and hoped that complications almost did not happen - until we met up with the serious complications. It is these experiences that are the basis of our commitment to informed decision-making about
vaccinations and it is them that led us to deepen our knowledge, search for information and analyze the data. They were living proof of the existence of discrepancies between the information that is available to the public and reality.

Therefore, we indicate the urgent need to remove the following irregularities and present our expectations:

1. The absence of clear provisions in the legal documents, which demonstrates the recognition of the right of parents to refuse vaccinations for their children. The legislator in the Act of 5 December 2008 ''On the prevention and combating of infections and infectious diseases'' abolished the penalty for parents giving them the opportunity to choose whether they want to use a vaccine that has the potential to produce side effectslisted in Annex 1 and 2 to the Regulation of the Minister of Health of 21 December 2010. on undesirable side effects of after-vaccines.

We expect to establish the rules implementing the law which will make it clear and will give the right to parents to decide whether, when and how the vaccine will be given to their children.

2. The repression used by the sanitary-epidemiological stations to parents.
Sanitary inspectors contrary to the provision of the Act, which removed a provision on the punishment of not vaccinating parents, issue decisions by charging parents with huge amounts of money to pay for not vaccinating their children!!!

We are strongly against any complusion imposed on Polish parents of having their children vaccinated. How come that in the EU country as Poland is, vaccines are complusory?! We beg you to sign the petition not to stop, once and for all, the idiotic and totally inhuman totalitarian practices of imposing medical practices on children in Poland.

We also beg you not to let the government in Poland pass the bill of compulsory HPV Vaccine.