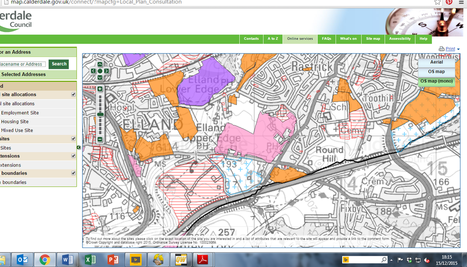 The greenbelt land in Rastrick is invaluable to keep our picturesque and semi rural way of life in tact - let alone to ensure the existing horrendous traffic issues aren't magnified - including parking in winter conditions, connections on the already over used M62 aren't impacted upon causing more accidents, our protected wildlife such as bats and owls aren't driven from the area and flooding risks aren't also magnified - all significantly impacting on an already over populated and increasingly developed area.

The proposed building of a new mixed use site with residential capacity of 826 houses between, Dewsbury Road and New Hey Road in Rastrick, Brighouse, HD6 must be seriously considered and questioned by all local residents and we welcome you to have your say!

Visit http://map.calderdale.gov.uk/connect/?mapcfg=Local... to view where building is proposed near you and submit your comments on here now.