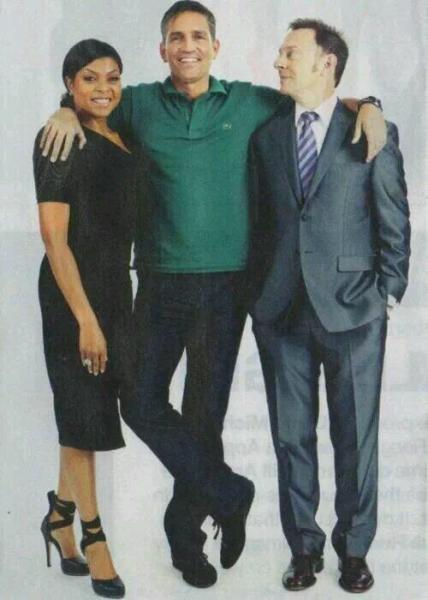 On a whim, I posted a tweet to another avid POI fan about wanting a convention for the series and was amazed at all the replies, re-tweets and favorites I received supporting the desire for a convention. With an average weekly audience of around eleven million viewers for the series, I guess I shouldn’t have been surprised at all. It started me wondering just how may fans would also be interested in seeing and interacting with Jim Caviezel, Michael Emerson, Taraji P. Henson, Kevin Chapman, Amy Acker, Sarah Shahi and all the big bads who have tormented our heroes over the years.

Have you been to a convention? It’s definitely not a requirement to be an authority on a show either because all friends I’ve brought have a great time just learning about the show and its stars. You haven’t lived until you attend a convention on your favorite TV show. It’s an in-depth experience into the stars; who they are, how they play your favorites characters. You get to learn about their personalities and understand how and why they make the characters who and what they are.

And it’s not just the celebrities, it’s the fans! Their passion goes beyond “like” or “love” and straight to “devotion.” It’s a jumping-off point for a in-depth study into fan fiction, convention-attending, recap-writing, role-playing, costume-making, language-learning, and more. There is a passion to these kinds of fans that binds enthusiasts in the manner of people who share a secret, a secret that happens to be shared with millions of others.

If you share this interest and would be interested in a POI convention sign below. Maybe we can persuade a convention hosting organization that a PERSON OF INTEREST convention would be a HUGE success.