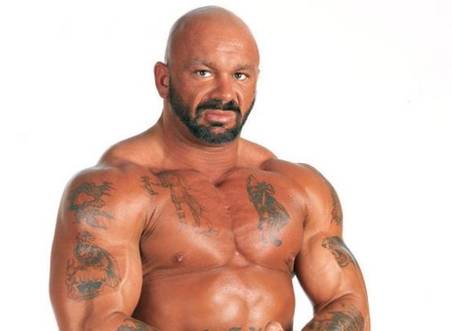 From 1990 all the way to 2004, Perry Satullo entertained countless wrestling fans under the moniker of Perry Saturn. From the days of tagging with George Caiazzo (aka "John Kronos") as The Eliminators to being Raven's trusted enforcer for The Flock, Perry has always wowed us with his amazing technical ability. Perry is seen as one of the smartest wrestlers inside the, and one of the humblest and kindest people outside of it. His matches and signature moves are looked back fondly by everyone to this day!

His influence, though you might not realize it, is still felt when wrestlers use moves still associated with him. We still see moves like the Death Valley Driver, the Moss-Covered Three-Handled Family Credenza, and who in their right mind could forget the Rings Of Saturn?

Unfortunately, time hasn't always been kind to him; He struggled with drug addiction and homelessness for years, and currently deals with the realities of a traumatic brain injury. Despite all of this, Perry has constantly picked himself back up and continues to show us that there's a reason he's still one of the most beloved pro wrestlers.

With this in mind, we feel that Perry should be given some overdue credit, and that his work be remembered by older fans, while being simultaneously introduced to newer/younger fans that aren't familiar with him.

And how could this be pulled off? Well, why not in video game form? For the last few years, 2K Games have released wrestling games under the "WWE 2K" banner, giving us our virtual wrestling fix. And each year, they pull forth an extra effort to give us a showcase of downloadable content (abbreviated as "DLC") , such as other wrestlers and arenas. This year, we'll be seeing the next installment, WWE 2K18 (unless they decide to rename it), and I'm fairly they're looking to one-up themselves this year.

Even if he isn't part of the main roster, Perry Saturn should at the very least be immortalized in video game form as DLC, whether it be on his own or part of a bigger package. After all he's gone through and sacrificed in the name of bringing smilies to the faces of wrestling fans everywhere, he deserves that much.