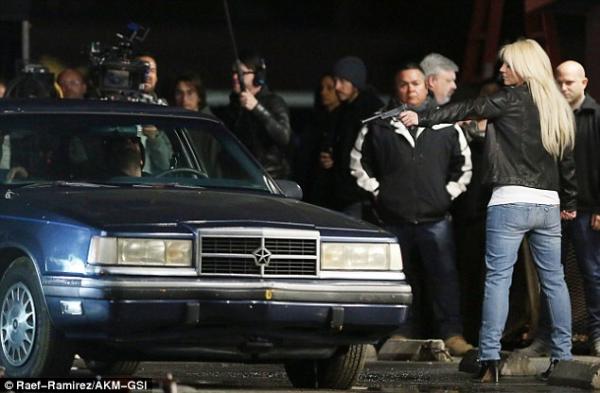 RCA pulled the first original cut of Britney Spears' latest video "Perfume" and opted for a more simple, watered-down cut of the piece. Fans of the artist urge RCA to release what is now being referred to as the "Director's Cut" with a more bold ending, and various unknown differences. Director Joseph Kahn is in favor of this, as well as every living Britney Fan.

We would appreciate the release of the Director's cut sometime in the near future. The original cut will premiere later today (12/10) and we believe that the possible controversy in the Director's cut will give the song the push it needs to aid its radio airplay and digital sales.
Streaming is now a major factor in a song's charting on Billboard, and the simultaneous release of 2 music videos with the same audio track will double the number of streams for the song, again, majorly assisting in the song's position on the Hot 100.
We also believe the release of the Director's cut will assist in the success of Britney's latest album, "Britney Jean."
RCA- Please release the REAL Original Version of "Perfume"