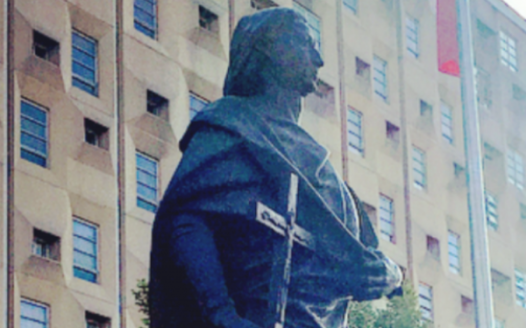 Regardless of your politics, truth is truth. The man we have all been taught discovered America...was a brutal man who actually never stepped foot in North America. He was imprisoned for 6 weeks upon return of his 3rd voyage for his barbaric acts of torture while governing Hispaniola (Reference.com). What Christopher Columbus is responsible for, is initiating absolutely barbaric means to implement western imperialism...while hiding behind noble exploration. Leif Erickson had already discovered North America and colonization was inevitable with or without the actions of Christopher Columbus. We, as a unified people, must continue to speak truth to power and demand the removal of this statue, in favor of replacing it with a memorial to the shared events of September 11, 2001