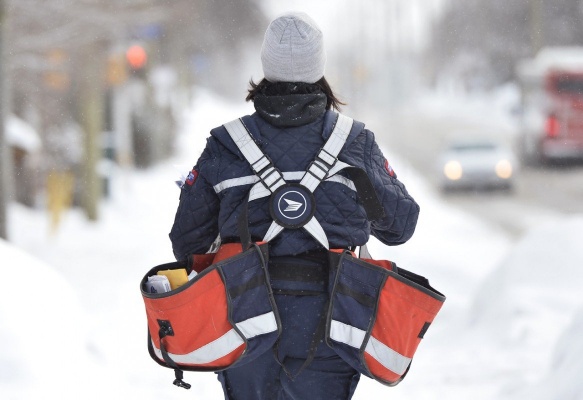 2165 people have signed this petition. Add your name now!

**The following letter for an ongoing online petition was printed and sent via registered mail (trackable via Canada Post website) to the President and CEO of Canada Post, Doug Ettinger (RN 545 817 606 CA) along with copies to Prime Minister Justin Trudeau (RN 545 817 637 CA) and Filomena Tassi, the Minister appointed to Canada Post and of Public Services and Procurement (0105 1570 0061 8743) on April 19, 2022, with a then recorded two thousand-one hundred and sixty two (2,162) signatures. These letters were registered and can be tracked via Canada Post web tools with the number listed above.

Please note, that initial registered letters were sent to Mr. Doug Ettinger on November 25, 2021 along with several of his key executives including Daniel Beaulne, General Manager Health and Safety, and Susan Margles, Chief People and Safety Officer, notifying them of their violations of the Canadian Constitution and Charters and indicating that all Statutes, Orders, By-laws, and Acts must be consistent with the Constitution...or they are of no force or effect.

It is suggested that all who support this petition follow up with Mr. Ettinger, Mr. Trudeau, and Ms. Tassi through email and by phone referencing the trackable registered numbers listed above.

Thank you for your continued support in our effort for justice and human liberty.

The Canada Post Corporation has implemented a vaccine practice that violates human rights. This unlawful practice seeks to remove fundamental freedoms and looks to take away rights to privacy, autonomy, and consent, contradicting articles in their own Collective Agreement with the Union as well as established Canadian and International laws. The attestation process is a proposition to us from Canada Post to enter into an agreement with them on its newly implemented vaccination practice. We did not want to enter into that agreement because we believe it to be a violation of our rights under the Constitution of Canada as well as our collective agreement as per the reasons listed below.

Canada Post’s violations include but are not limited to:

1. Depriving individuals and families of their livelihoods through threat, coercion, and intimidation. The provisions of this practice unlawfully place people on administrative Leave without Pay (LWOP) for choosing not to become "fully vaccinated" (an evolving term and an unproven mitigation of safety or effectiveness) thereby taking away their fundamental right to earn a living and provide for their families. There is no provision in the Collective Agreement for Canada Post to initiate LWOP as only an employee can request it. What Canada Post is doing is committing wrongful dismissal otherwise known as constructive dismissal.

2. Failing its responsibility to provide safe work methods without risk to health (33.02bi) and to maintain working conditions that seek to benefit every one of its employee’s safety and physical well being. Their vaccine practice has ignored natural immunity and the fact that the current vaccines are still in trials and that adverse reactions were already being reported worldwide as well as by some of their employees. Canada Post has never shown that the existing methods of preventing transmission were failing warranting the use of a vaccine mandate. Furthermore, Canada Post’s vaccine practice has condoned preferential treatment for some employees while promoting harassment and discrimination against others thereby causing humiliation, animosity, and division between them. (5.01)

3. Failing its responsibility to protect people's privacy and health information. The vaccine practice breaches confidentiality laws the minute a person is placed on unpaid leave and their status becomes apparent. If third party entities were used to acquire data or contact members, as it appears has been done, employees were never informed who these parties are or how they would be using the data. Furthermore, members have obtained evidence to show that the protected personal data Canada Post was collecting ended up being sent and revealed to persons not permitted to receive it under privacy laws. These issues violate right to security of the person guaranteed under Section 7 of the Charter of Rights and Freedoms as well as Canada Post’s own privacy policies towards us.

4. Enforcing a practice that requires vaccination. Immunization is not mandatory in Canada. The Criminal Code of Canada defines the enforcement of this vaccine practice a criminal offence. Mandates and directives are not laws. Thus, they do not compete with, nor supersede established laws, such as the Canadian Bill of Rights, S.C., 1960, c. 44. Canada Post did this without proof or evidence that unvaccinated members were the only reason for acquisition and transmission of the SARS-CoV-2 virus (Covid). By stating that “vaccination has been shown to be effective in reducing transmission of Covid 19 and protecting individuals from severe consequences of this virus”, Canada Post has been unlawfully providing medical advice and promises through prescribing, recommending, facilitating, advertising, mandating, incentivizing, and using coercion to insist employees submit to their current vaccine practice even when none of their staff is trained or licensed to do so.

We the undersigned do not think that Canada Post or our Government should be forcing employees off their jobs without pay through coercion and reprisal based upon it’s own personal beliefs and unverifiable claims nor should they be allowed to deny any citizen their legal entitlement to bodily autonomy and informed consent regarding medical intervention and choice.