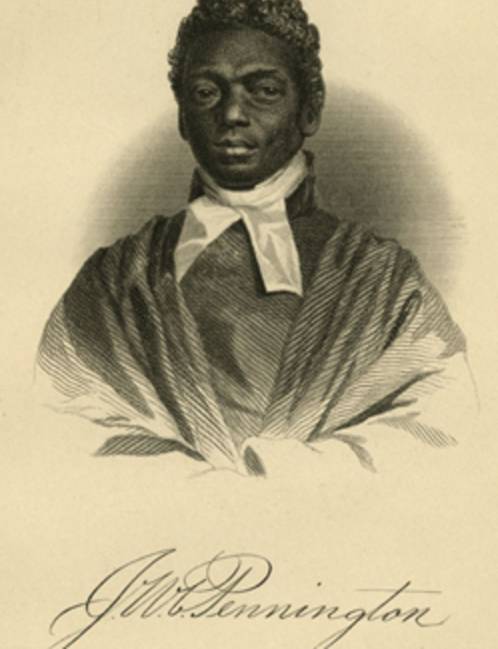 We call on the members of the Yale Corporation to grant a Yale degree in 2016 to formally acknowledge the academic achievements of James W.C. Pennington, the first known student of color to attend classes at Yale Divinity School, 35 years before Edward A. Bouchet earned a Ph.D. from Yale College in 1874.

This escaped slave was barred by Connecticut’s 1830’s “black laws” from speaking in class or identifying himself as a Yale student in any way, limitations he later wrote of as “oppression.” Despite being denied his basic humanity, Pennington persevered and spent at least two years studying here. He left Yale without a degree, with no official record of his presence.

After completing his studies at YDS, Pennington went on to become an ordained minister and pastored at African Congregational churches in Long Island, Hartford, and New York City. He gained international recognition as an antislavery orator and abolitionist, and received an honorary degree from Heidelberg University in 1849. Pennington formed the first black missionary society and authored the first history of black people in the United States, The Origin and History of the Colored People (1841). His memoir, The Fugitive Blacksmith, was published in 1849 in London.

Awarding James Pennington a Yale degree recognizes his academic achievement and inspirational career, and answers President Salovey’s call to “build a more inclusive Yale – one characterized by and deeply committed to mutual respect” by adding this exemplary scholar to the official history of Yale University.