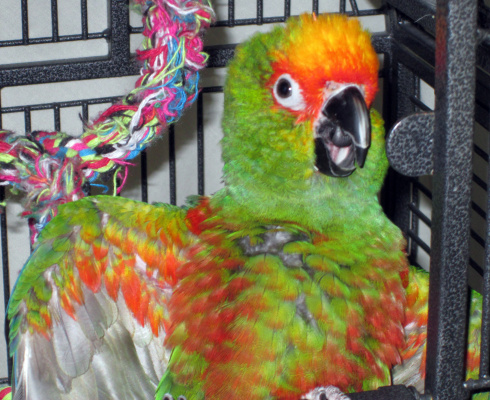 Paypal released a commercial that features a woman losing someones parrot she was caring for and replacing it with a bird of a different species. Any person who shares their home with a parrot knows that each parrot is an individual with their own personality and that Parrots are considered as intelligent as a human toddler. Any parrot should be considered irreplaceable. The Commercial implies that a parrot is a throwaway pet. This is as offensive as implying that a dog or cat can be lost and replaced with another breed, or that you can buy a new child to replace one that goes missing. It's wrong, it's insulting, and it's not paypal.